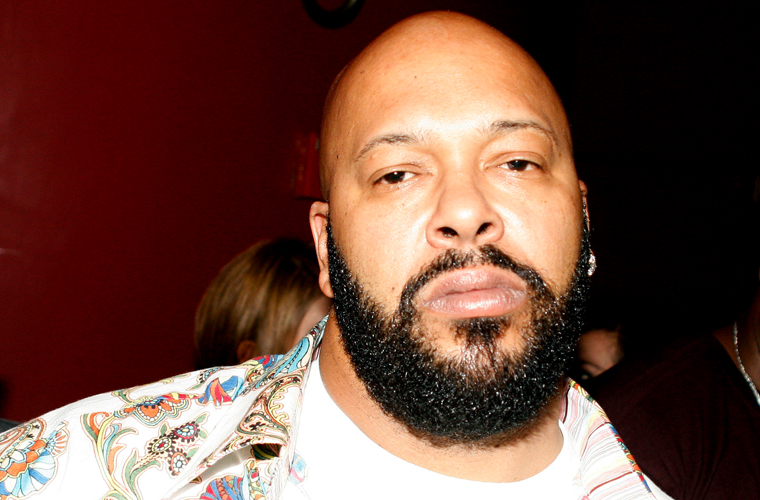 Suge Knight is a rap industry businessman who is the co-founder of Death Row Records, has worked with Dr. Dre, Snoop Dogg and Tupac Shakur. Born on April 19, 1965, in Compton, California, Suge Knight was a football lineman and bodyguard who went on to found Death Row Records with rapper/producer Dr. Dre. With the label involved in a number of controversies, Knight eventually was sentenced to prison for violating parole on the evening in which Tupac Shakur was killed. Knight has later faced financial issues and more jail time.

Marion Hugh Knight Jr. was born on April 19, 1965, in Compton, California, the youngest of three siblings. He received the nickname “Suge,” short for “Sugar Bear,” from his father, who was also a singer. The young Knight, also like his dad, was a noted football player who went on to earn an athletic scholarship to the University of Nevada, Las Vegas, where he excelled academically.

Knight played briefly as a defensive lineman for the Los Angeles Rams before working as a bodyguard — with one of his clients being singer Bobby Brown — and making inroads into the music business. He started his own publishing company by the late ’80s and had songs that were reputedly used by Vanilla Ice for his hit To the Extreme album (1990), with the rapper later signing over royalties to Knight in a balcony meeting. Suge Knight eventually co-launched Death Row Records via Time Warner’s Interscope imprint with rapper and producer Dr. Dre, who released his top-selling album The Chronic in 1992. With additional blockbusters like Snoop Dogg‘s 1993 album debut and 1994 Above the Rim soundtrack, Death Row became a major force in the establishment of West Coast hip-hop on the ’90s charts.

Outside of the music industry, Knight was involved in a car hydraulics business and opened the Vegas night spot Club 662; he was noted for his charity to local California communities as well. Yet much speculation and controversy followed Death Row, with investigations led by police authorities around the label’s involvement in racketeering, gang and drug-related activities. Knight himself had been placed on probation multiple times with charges that included weapons possession, assault, and attempted murder, and allegations circulating that he used intimidation to secure deals.

Outcry also abounded about the violent and misogynistic content of much of the label’s song content, including criticism from C. Delores Tucker, head of the National Political Congress of Black Women.

After having bail paid by Knight in relation to sexual assault charges, Tupac Shakur signed with Death Row in the mid-’90s, subsequently releasing All Eyez on Me (1996). He was riding in a vehicle driven by Knight when Shakur was shot on September 7, 1996, with the rapper dying from his injuries. Earlier in the evening Knight had been involved in a videotaped melee at the MGM Grand and had thus violated his probation stipulations, receiving a jail sentence of nine years and serving less time, from 1996 to 2001.

Upon his release from prison, Suge Knight re-launched his label using the moniker Tha Row (later to Death Row’s Back) but received more jail time for violating parole in 2003. Knight later filed for bankruptcy protection in 2006 after a court ruling where he was to make a multimillion-dollar payment to a producer who asserted she was a key player in establishing Death Row. The label was ultimately sold in 2008, and Knight has subsequently faced more court charges — from the possession of marijuana to theft.

In January 2015 Knight was involved in a hit-and-run in Compton, California, in which one man, Terry Carter, was killed and the other man, Cle Sloan, was injured. Carter was known to be friends with Knight, but witnesses at the scene said Knight had been arguing with the men on the set of the film Straight Outta Compton and followed them to a burger stand, where the collision occurred. Witnesses believed Knight’s intention was to kill Carter and Sloan. Knight turned himself in and has been in jail ever since.

In August 2017 Knight was indicted for threatening the life of Straight Outta Comptondirector F. Gary Gray, whose portrayal of Knight was negative.

In October 2018, Knight was sentenced to 28 years in prison for the hit-and-run incident.

Following his 2015 arrest, Knight has experienced various health problems, reportedly being hospitalized for blindness and in 2017, blood clots. His health issues have prevented him from attending his courting hearings.