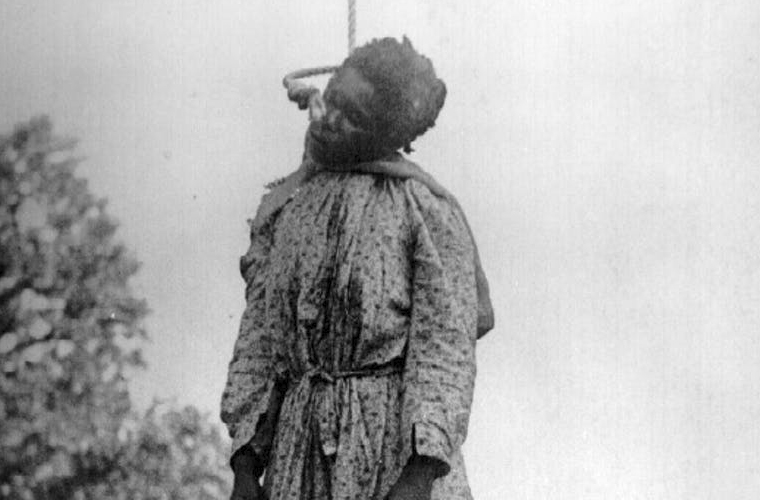 Mary Turner was eight months pregnant when she was lynched on May 19, 1918. It all began, as do many things in America, with a mediocre white man.

What happened 100 years ago today has been forgotten by America. Like Laura Nelson in Oklahoma, who was lynched in front of her toddler daughter, Turner is not in many textbooks; what she endured is not discussed in many classrooms. In fact, the images of lynchings that we see in film and books are often overwhelmingly male, obscuring the fact that women were also the victims of this form of domestic terrorism.

Recently, there has been a great deal of discussion about white folks calling the police when they see the presence of black folks, yet what happened to Turner and to other black Americans in the early 20th century shows us that the real threat has always been white violence visited upon black bodies.

Everyone in town knew that Hampton Smith was abusive. The 31-year-old white plantation owner in Brooks County, Ga., had a reputation for verbally and physically accosting people who worked for him. Over time, his reputation as a difficult man spread, and, as a result, he had a hard time finding people willing to work for him. Desperate for laborers, Smith used “debt labor” to pick up the slack.

Merely slavery by another name and formally outlawed by Congress in 1867, the debt-peonage system was a method by which a person could get access to a large, cheap labor pool. In some cases, landowners would pay transportation costs, lend money or give free housing to laborers with the agreement that they would work for free to pay off the loan (what we now know as sharecropping). But instead of going that route, Smith chose to bail people charged with petty offenses out of jail and force them to work his land to pay off the cost of the bail. That’s how Sydney Johnson, the 19-year-old man who was caught rolling dice and who would later kill Hampton, came to work on the Smith plantation.

The two men agreed on a set time to work off the loan, and after completing those days, Johnson stayed on to assist with an expectation of compensation. When it came time for Smith to pay Johnson, he refused but still expected Johnson to work the land. Then, a few days later, when Johnson did not show up to work because of ill health, Smith assaulted him for being sick. Angered by this treatment, Johnson shot Hampton Smith as he sat in front of a window in his home. The plantation owner died almost instantly, but that was only the beginning of the bloodshed.

Almost immediately, a lynch mob formed to search for Johnson, and over the next week, 13 African Americans, all of them innocent, were murdered in Brooks County and neighboring Lowndes County. One of them was Mary Turner; another was her unborn child.

Hazel “Hayes” Turner had nothing to do with the murder of Hampton Smith, but in 1918 (as in 2018) being black was as damning as being guilty. A mob of hundreds, looking for Smith’s murderer, caught Turner, questioned him, lynched him and, as Walter White reported (pdf), left him hanging with his hands shackled behind him for two days so spectators from across the county could see his body swinging in the Southern breeze. Angered by the callous way her husband was killed and the indifference with which his body was treated, Mary Turner courageously maintained his innocence, declaring that she would discover who was involved and would bring them to justice. Incensed by a black woman who would dare to speak truth to power, the mob decided that Mary needed to be “taught a lesson.”

What happened next is so horrific and inhumane that I struggled with whether I should even write it. Tears obscure my vision as I write these words, yet as America tries to ignore the bloody stain of white supremacy as ubiquitous as it is haunting, we need to bear witness to Mary Turner. We cannot forget what she endured. It is certainly not reveling in the specter of the black death to prevent time and the institutional whitewashing of history to erase Turner from our collective memory, thereby retroactively saying that her life did not matter. We need to know what happened. But please understand that what comes next is triggering. What you read, you cannot unread; the mental images created, you cannot unsee.

Warned that there were people looking for her, Turner tried to escape the county but was captured around noon on Sunday, May 19, 1918, the Lord’s Day. The mob—many of whom, I’m sure, thought of themselves as good, God-fearing Christians—did not see Turner’s humanity. They thought of her as subhuman and treated her as such. They hung her upside down by the ankles, unbothered by the fact that she was less than a month away from giving birth. They covered her clothes with gasoline and burned them from her body. Then, using a hunting knife, they cut the unborn baby from her womb. Upon hitting the ground, the baby was killed, but the mob was not satisfied. Their thirst for blood was not satiated until they’d shot hundreds of bullets into the body of Mary Turner.

In their mind, they’d taught her a lesson, made of her an example. And despite the fact that a full report, including the names of instigators and over 10 participants, was given to Hugh Dorsey, the governor of Georgia, no one was ever charged with the murders.

People in this country like to think of themselves as being above this kind of gruesome violence; as if the genocides we witness in other countries could never happen here. We’ve built an entire ethos on the notion of American moral exceptionalism. In fact, recent congressional hearings about Gina Haspel, the intelligence officer nominated by the 45th president of the United States to be the director of the Central Intelligence Agency, was all about discovering if she would live up to the moral expectations of citizens of this country. What Mary Turner and the subsequent silence about what happened in Georgia in 1918 teaches us is that America, at best, is morally compromised and, at worst, morally bankrupt.