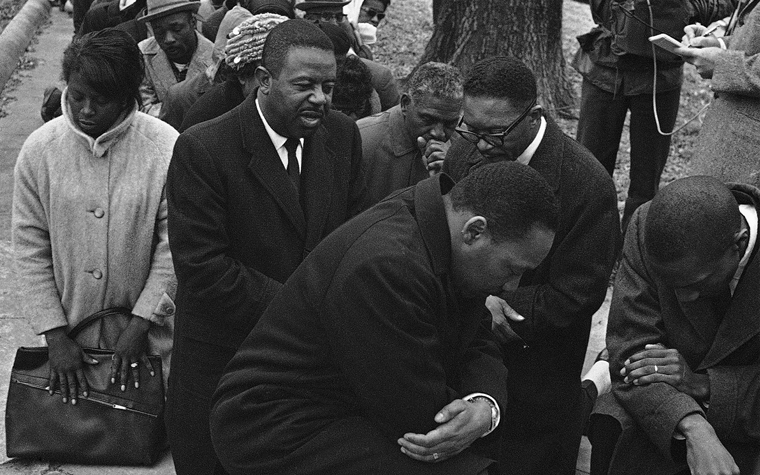 Black churches played an enormous role in the civil rights movement. Because segregation limited black people’s options of where they could congregate, celebrate, or even carry out business, the church was a central part of the community’s survival as one of the few black-owned institutions. All throughout history, the black church has served not only as a place to worship, but also as a community support group, bulletin board, a place to solve disputes, and a center of political activism. These churches also offered members an opportunity to exercise roles denied to them in society.

Civil Rights leader Dr. Martin Luther King, Jr. was the most important and prominent clergyman during the movement. In 1964, he was nominated “Man of the Year” by Time Magazine and a man of the people. He played an essential role in various protest demonstrations, and as comedian Dick Gregory put it, “He gave as many fingerprints as autographs.”

Other notable minister-activists during the Civil Rights movement included Ralph Abernathy, King’s closest associate; Bernard Lee, veteran demonstrator and frequent travel companion of King; Fred Shuttlesworth, who both defied Bull Connor and created a safe path for a colleague through a white mob in Montgomery.