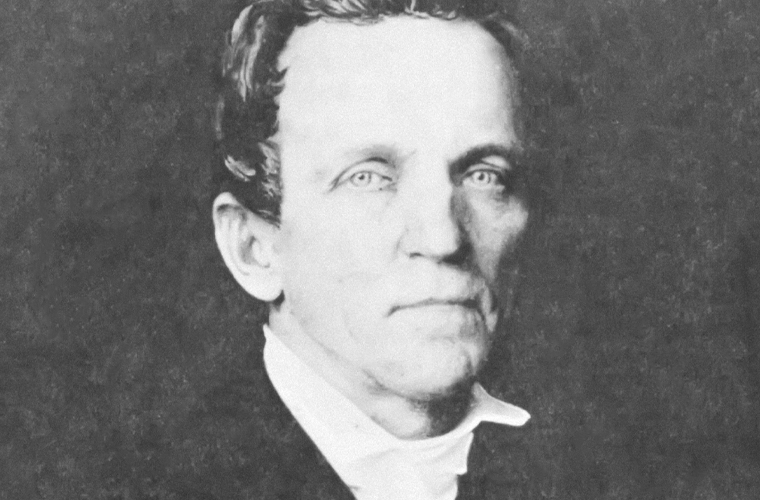 The son of a merchant and planter with deep roots in coastal Georgia, Charles Colcock Jones, Sr. was born on December 20, 1804, at Liberty Hall, his father’s plantation in Liberty County. He made a profession of faith when he was seventeen and was then prepared for the Presbyterian ministry at Phillips Academy (1825–27), Andover Theological Seminary (1827–29), and Princeton Theological Seminary (1829–30). In 1846, Jones received an honorary doctor of divinity degree from Jefferson College, Canonsburg, Pennsylvania.

While in the North, Jones agonized over the morality of owning slaves, but he returned to Liberty County to become a planter, a missionary to slaves, and a somewhat reluctant defender of the institution of slavery. In 1830, he married his first cousin, Mary Jones; they had four children, three of whom survived to maturity.

He served as pastor of the First Presbyterian Church of Savannah, Georgia (1831–32), Professor of church history and polity at Columbia Theological Seminary, Columbia, South Carolina, (1835–38), returned to missionary work in 1839, and was again Professor at Columbia Theological Seminary (1847–50). He then moved to Philadelphia and served as the corresponding secretary of the Board of Domestic Missions of the Presbyterian Church until 1853, when his health failed and he returned again to Liberty County.

He spent the remainder of his life supervising his three plantations, Arcadia, Montevideo, and Maybank while continuing his evangelization of slaves. Besides many tracts and papers, Jones published several books includingThe Religious Instruction of the Negroes in the United States (1842), an appeal to slave owners and ministers to provide religious instruction to slaves. Jones’s Catechism of Scripture Doctrine and Practice (1837) was translated into Armenian and Chinese, and he also wrote History of the Church of God (1867). His brother-in-law wrote that Jones “did more than any other man in arousing the whole church of this country to a new interest in the spiritual welfare of the Africans in our midst.”