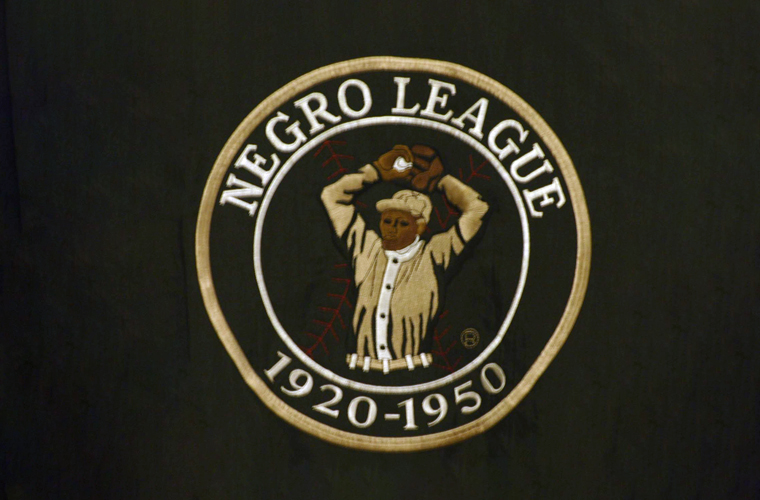 “El Maestro,” as he was known, was a Pan-American legend, starting in his native Cuba and Mexico, Puerto Rico, Venezuela, and 12 seasons in the Negro Leagues. Playing in the Mexican League in 1938, he went 18–2 and led the league with 0.92 ERA (and a league-best 184 Ks), while also winning the batting crown with a .387 mark — and besting Satchel Paige in the final league playoff by hitting a walk-off home run off the exhausted Paige’s reliever.

Foster joined the professional ranks in 1902 when he won 51 games, including 44 in a row while pitching for the Cuban Giants. The following season he topped that performance by going 54–1. A shrewd baseball tactician, Foster assumed the role of pitcher-manager for the Chicago Leland Giants in 1907. He guided that team to a remarkable 110–10 record.

Three years later, Foster’s Giants won national fame by winning 123 games and losing only six. He offered to match his squad against any white major-league club in a best-of-seven series for the “true baseball championship of the world.” No one responded to his challenge. So in 1920, Foster founded the Negro National League, which is widely regarded as baseball’s first viable black major league.

Cool Papa often went from first to third on bunts and scored from second on sacrifice flies. On at least three occasions, he stole two bases on a single pitch. A line-drive hitter who was an inside-the-park home-run threat whenever the ball got past an outfielder, Bell hit .316 over a 21-season career. He played for the St. Louis Stars, Pittsburgh Crawfords, Kansas City Monarchs, Chicago American Giants, and Homestead Grays. Bell led the Stars to league titles in 1928, 1930, and 1931. While with the Stars, he played alongside close friend and shortstop Willie Wells and first baseman Mule Suttles.

He entered professional baseball in 1905 with the San Antonio Black Bronchos and was an immediate star, posting records of 28-4, 15-9, 20-8, 20-2, and 32-8. After that, the Chicago Giants, a team higher in the pecking order of black baseball, acquired him. Then, in 1910, the Giants owner Frank Leland pronounced him the best pitcher in baseball in any league.

In 1911, Williams joined the Lincoln Giants of New York, helping that club become one of the premier African-American teams of the era. When manager John Henry Lloyd departed in 1914, Williams took over as playing manager, a post he held through the 1923 season. After the Lincolns finished an ignominious fifth (out of six teams) in the Eastern Colored League’s inaugural season, Williams was released in the spring of 1924.

He joined the Brooklyn Royal Giants for a season, then signed with the independent Homestead Grays, where, except for a brief turn with the Detroit Wolves in 1932, he spent the rest of his career in top-level black baseball. Records are sketchy, but in 1914, Williams was credited with winning 41 games against just three losses. In 1929, playing for the Grays in the American Negro League at 43, Williams won 12 games and lost seven.

Before baseball integration, African-American all-star teams played Major League teams and Major League all-star teams often in exhibitions around the country. For example, in 1912, while pitching against McGraw’s Giants, the National League champs, Williams crafted a 6–0 shutout. Three years later, against the pennant-winning Philadelphia Phillies, he outlasted Hall of Famer Grover Cleveland Alexander, 1–0, with a three-hitter. Then, in 1917, Williams has no-hit the Giants and struck out 20 but lost on an error in another 1–0 finish (though there is no evidence that he allowed no hits).

Lloyd played in the Negro Leagues for a dozen years while compiling a career batting average of .344. (His all-time average was .337.) In 1929, the 45-year old shortstop batted .370. And to prove that was no fluke, the next season hit .369. He played for the Macon Acmes, Cuban-X Giants, Philadelphia Giants, Columbus Buckeyes, New York Black Yankees, and other teams during his career.

It proved how great he was in the major leagues with the Giants, but before that dominated the Negro leagues for over a decade. “Mr. Murder” hit for both average and power and provided a potent bat in a Newark Eagles lineup, starring on the 1942 club that included legends Willie Wells, Biz Mackey, and Mule Suttles. He was considered one of the Negro League’s greatest hitters and won the 1946 batting title. Over his career, he played for the Newark Eagles, New York Giants, and the Chicago Cubs.

He began his Negro league career in 1933 with the Brooklyn Royal Giants, then moved to the legendary Homestead Grays in 1934, the team he played for until his retirement in 1950. The Grays of the late 1930s through the mid-1940s is considered one of the greatest teams of any race ever assembled. The team won nine league pennants in a row during that time.

Leonard batted fourth in their lineup behind Josh Gibson. He led the Negro leagues in batting average in 1948 with a mark of .395 and usually either led the league in home runs or finished second in homers to teammate Gibson. Since Gibson was known as the “Black Babe Ruth” and Leonard was the first baseman, Buck Leonard was inevitably called the “Black Lou Gehrig.” Together, the pair was colloquially known as the “Thunder Twins” or “Dynamite Twins.” In fact, Negro league star Monte Irvin said that if Leonard had been allowed in the major leagues, baseball fans “might have called Lou Gehrig the white Buck Leonard. He was that good. The Monarchs disbanded after 1950.

The rubber-armed Paige, who Joe DiMaggio called “the best and fastest pitcher I’ve ever faced,” is estimated to have won as many as 600 games during his 30-year Negro League and barnstorming career. During that career, he played for many teams, including the Chattanooga Black Lookouts, Birmingham Black Barons, Cleveland Cubs, Pittsburgh Crawfords, Kansas City Monarchs, New York Black Yankees, Satchel Paige’s All-Stars, Philadelphia Stars, Cleveland Indians, St. Louis Browns, and Kansas City A’s.

One can only imagine the big-league records Satch would have set had only the owners let this baseball marvel play in his prime. Ted Williams and Robin Roberts, two Hall of Famers, said that Gibson and Paige were as talented as any players they had ever seen.

In 1933, he hit .467 with 55 home runs in 137 games against all levels of competition. His lifetime batting average is higher than .350, with other sources putting it as high as .384, the best in Negro league history.

Gibson’s Hall of Fame plaque states he hit “almost 800 home runs in the league and independent baseball during his 17-year career.” (This figure includes vs. semi-pro competition and in exhibition games.) His lifetime batting average, according to Hall’s official data, was .359. He won nine home run titles and four batting championships playing for the Crawfords and the Grays. It is also believed that Gibson hit a home run in a Negro league game at Yankee Stadium that struck two feet from the top of the wall circling the center field bleachers, about 580 feet (180 m) from home plate. Although it has never been conclusively proven, Chicago American Giants infielder Jack Marshall said Gibson slugged one over the third deck next to the left-field bullpen in 1934 for the only fair ball hit out of Yankee Stadium. Washington Senators owner Clark Griffith once said that Gibson hit more home runs into Griffith Stadium’s distant left-field bleachers than the entire American League.

He was an intense, focused, and intelligent man; Charleston was among the most renowned players of his time, tremendous power and contact hitter, and one of the finest defensive center fielders of all time. His career batting average was .348, and he regularly finished among league leaders in both home runs and stolen bases. However, he was also known for his combative nature, getting into many brawls, including at least one memorable fight with an array of Cuban soldiers.

In 1932, Charleston became player-manager of the Pittsburgh Crawfords and presided over what some baseball historians consider the best Negro League team ever. His roster included Hall of Famers Josh Gibson, Satchel Paige, and Judy Johnson. The team went 99-36, and Charleston himself batted .363.

A powerful hitter, Oscar won at least four batting titles and several home-run crowns. He is among the top five Negro Leaguers in batting average (.339) and home runs and the all-time leader in stolen bases. (Negro League records are sketchy and incomplete.) Writer/analyst Bill James named Charleston the fourth-greatest player of all time.