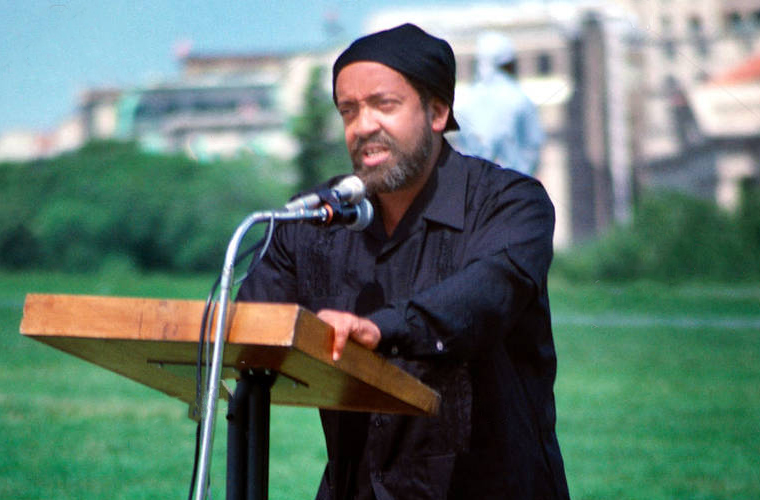 The seventh son of Elijah Muhammad, the leader of the Nation of Islam, Mohammed was marked for the leadership of the society even before his birth. The founder of the Nation, Wallace D. Fard, foretold Mohammed’s birth and his rise to leadership of the movement. As a boy, Mohammed received religious training in the tradition of the Nation, and in 1958 he was appointed a minister of Temple No. 12 in Philadelphia. Although he had registered as a conscientious objector with the Selective Service, he refused, at his father’s insistence, to accept alternative service, and in 1961 he was sentenced to prison for draft evasion. While in prison he studied the Qurʾān and the Bible and considered the words of the sentencing judge: “The boy is dominated by his father.”

Although devoted to his father, Mohammed began a spiritual pilgrimage that took him toward orthodox Islam. He left the Nation in 1963 over theological differences with other leaders. He rejoined the following year but was excommunicated in 1969 and again in 1971. Again rejoining in 1974, he assumed leadership of the movement when his father died in 1975. Mohammed reformulated the Nation’s teachings, rejecting the beliefs that white people were “blue-eyed devils” and that Elijah Muhammad was a prophet. In 1976 Mohammed renamed the organization the World Community of al-Islam in the West; the name was changed again to the American Muslim Mission in 1978 and to the Muslim American Society in 1985. He changed his own name to Warith Deen Mohammed and adopted the title of imam instead of Supreme Minister. His reforms were intended to bring the organization into line with traditional Sunni Islam and to move it away from the unique interpretation of Islam espoused by his father. Although these changes were welcomed by many, a dissident minority led by Louis Farrakhan split from Mohammed in 1978 and reestablished the Nation of Islam according to the precepts of Elijah Muhammad.