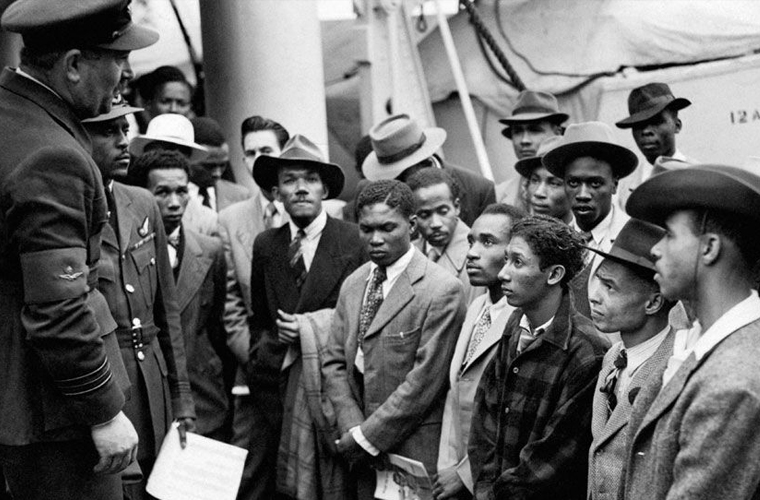 When the Empire Windrush passenger ship docked at Tilbury from Jamaica on 22 June 1948, it marked the start of the postwar immigration boom which was to change British society. Images of the African-Caribbean passengers filing off the gangplank have become part of the country’s social history.

After WWII, Britain encouraged immigration from Commonwealth countries. To a large extent, this was to help rebuild the country as there was a shortage of labour at the time. Windrush carried 492 migrants who were coming to a country promising prosperity and employment. Among them were the calypso artists Lord Kitchener and Lord Beginner.

Arrivals were temporarily housed near Brixton; the town’s Windrush Square commemorates the ship’s arrival. The majority remained to settle permanently, and now form a central part of British society. The ship itself made its final voyage in 1954.

This newspaper article from the Evening Standard records the day before the ship arrived at port, when an airplane, paid for by the newspaper, flew out to greet the ship.