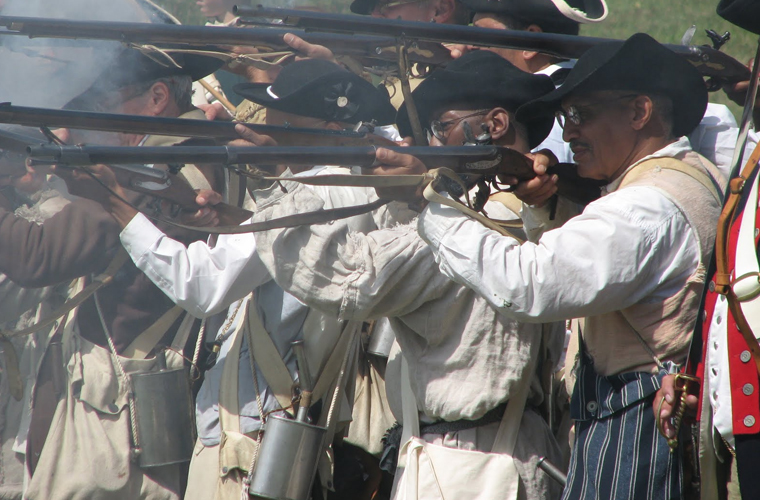 In January 1778 Rhode Island, having great difficulty meeting troop quotas set by the Continental Congress, pursued a suggestion made by General James Varnum who had commanded the 1st Rhode Island at the outset of the war. Varnum urged General George Washington to enlist slaves in The Continental Army.  Varnum argued that a regiment of African Americans could easily be raised in Rhode Island which prompted Washington to pass along his recommendation to Nicholas Cooke, the Governor of Rhode Island.

On February 14, 1778, the Rhode Island Assembly voted to allow “every able-bodied negro, mulatto, or Indian man slave in this state to enlist into either of the Continental Battalions being raised.” The assembly further stipulated that “every slave so enlisting shall, upon his passing muster before Colonel Christopher Greene, be immediately discharged from the service of his master or mistress, and be absolutely free.”  Rhode Island slave owners opposed the new law fearing the influence of armed ex-slaves on those still in bondage.  Their opposition prevailed and in June the Rhode Island Assembly repealed its law.  In that four-month period, however, over 100 free and formerly enslaved African Americans enlisted.

The regiment first saw combat at the Battle of Bloody Run Brook in Rhode Island on August 28, 1778. Over the next few years, however, the 1st Rhode Island remained in the northern colonies as the focus of the war shifted to southern colonies.  In 1781, Colonel Greene and many of his black soldiers were killed in a skirmish with American loyalists; Greene’s body was reported mutilated likely as punishment for having led black soldiers. As troop strength in General Washington’s Continental Army diminished, the 1st and 2nd Rhode Island Regiments were joined to form The Rhode Island Regiment which participated at the Battle of Yorktown, Virginia in 1781, the engagement which led to the British surrender and the end of the war.