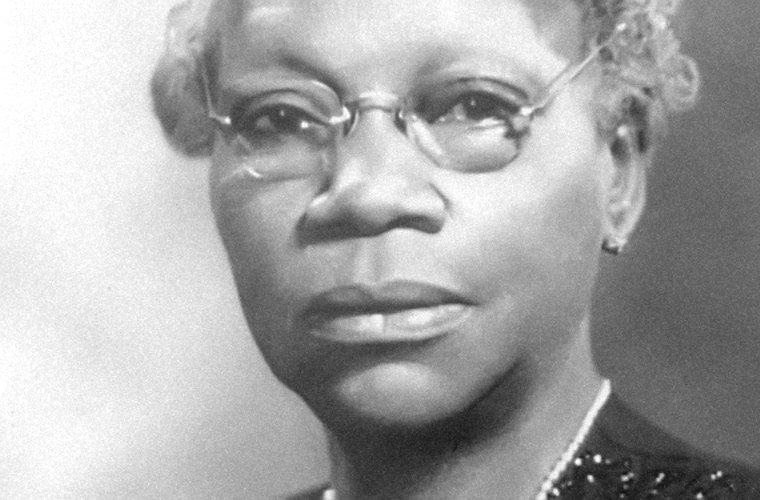 Artemisia Bowden, an educator and civic leader, one of few black women college presidents during the first half of the 20th century, was born on January 1, 1879 in Albany, Georgia, to former slaves Milas Bowden and Mary (Molette) Bowden. The oldest of four children, she was raised originally in Brunswick, Georgia.  When her mother died, Artemisia and two of her siblings were sent to a boarding school in Raleigh, North Carolina.  After her graduation from St. Augustine’s Normal School in 1900, she taught for several years in North Carolina, first at a parochial school and then at the High Point Normal and Industrial School.  (When St. Augustine’s was upgraded to a College in 1935, she was granted a B.A. degree.)  In 1902 Bowden, then 23, moved to San Antonio, Texas to become the principal of St. Philip’s Industrial School, an Episcopal school for African American girls.  She would spend the rest of her career, more than fifty years, leading St. Philip’s.

Bowden continued her own education during these years, doing graduate work at Columbia University, the New York School of Social Work, and the University of Colorado.  In addition to her B.A. degree, she received an honorary master’s degree from Wiley College and an honorary doctorate from Tillotson College.

Bowden was extraordinarily active as a civic leader.  She was president of the San Antonio Metropolitan Council of Negro Women, founder and president of the city’s Negro Business and Professional Women’s Club (1935) and was active on a Council on Juvenile Delinquency of the Texas Social Welfare Association.  She was named to the Texas Commission on Interracial Relations in 1947 and the same year she established the East End Settlement House and helped create the State Training School for Delinquent Negro Girls.  Her accomplishments led to many recognitions.  Among these, she was named one of the ten most outstanding women educators in the United States by the National Council of Negro Women.  Locally, the Bowden Elementary School in San Antonio and the Bowden Administration Building at St. Philip’s are named in her honor.

Artemisia Bowden died in San Antonio on August 18, 1969 at the age of 90.  On June 30, 2015, 46 years after her death, the Episcopal Church named her a saint.  She is now listed in its publication Holy Women, Holy Men: Celebrating the Saints and is the first person from the Diocese of West Texas to be named a saint.