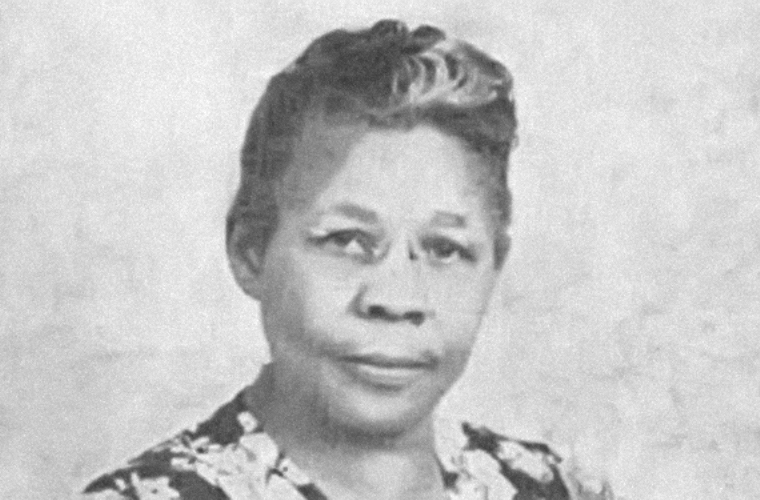 Mary Elizabeth Branch, one of the most prominent black women educators of the first half of the twentieth century, was born on May 29, 1881, in Farmwell, Virginia, to Tazewell and Harriett Branch, both former slaves.  Tazewell was a politician and was elected twice to the Virginia House of Delegates.  Mary Elizabeth was one of ten children born to the Branches.  She and her siblings attended Farmwell’s elementary school but were also taught at home since her parents were literate.

Branch completed high school in the normal school at Virginia State College and became an English teacher in an elementary school in Blackstone, Virginia.  She then took a teaching position at Virginia State College and taught there for twenty years.  She continued her own education during those years, earning a BA degree in 1922 and a master’s degree in 1925, both from the University of Chicago in Illinois.

Mary Branch then took positions at several other institutions, among them serving as the dean of women at Vashon High School in St. Louis, Missouri, the largest school for black girls in the U.S. at that time.  In 1930, she took the position that she would hold for the rest of her life, being appointed as the President of Tillotson College in Austin, Texas.

Tillotson was not in good shape when she first assumed this position.  The school had suffered declining enrollments and inadequate administration for some years, leading to its demotion to a junior college for women in the year prior to Branch assuming the Presidency.  Branch transformed the school, constructing new buildings, renovating existing buildings, expanding the library, doubling the size of the faculty, and hiring with considerable rigor.  Her recruitment and fund-raising efforts led to greatly increased enrollments.  She also worked hard to deepen and improve the college’s relationship with the community.

Five years after she began her work at Tillotson, it was reorganized as a coeducational, four-year college.  Over the next few years, it was admitted to membership in the American Association of Colleges (1915-1995), and in 1943 it received an “A” rating from the Southern Association of Colleges and Secondary Schools; she thereby became the only African American female president of an institution included in this Association.

The talents of Mary Branch were widely recognized.  In 1935 Lyndon B. Johnson appointed her to the National Youth Administration’s Negro Advisory Board for Texas.  She was also the President of the Austin chapter of the National Association for the Advancement of Colored People (NAACP) and in 1944 she helped to establish the United Negro College Fund (UNCF).  Mary Branch died in Baltimore, Maryland that same year, on July 6, 1944.  She was 63 at the time of her death.

One of the residence halls at Virginia State University, her alma mater and former employer, is named for Mary Elizabeth Branch, the first graduate of that institution to become president of a college.  She was awarded honorary degrees from Virginia State College and from Howard University.