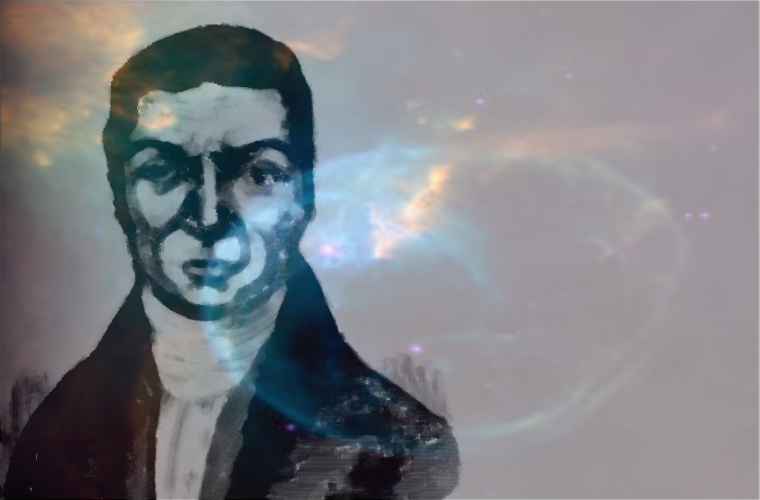 Christopher Rush, second superintendent (a title later changed to the bishop) of the African Methodist Episcopal Zion Church and a full-blooded African, was born a slave in Craven County. Whether he was manumitted or purchased is unknown. In 1793 he embraced Christianity.

He escaped to New York in 1798 and in 1803 joined the Zion Church, which licensed him to preach in 1815. On 30 July 1822, he and several colleagues were ordained deacons and elders in the AME Zion Church. He was consecrated bishop on 28 May 1828, and from then until 1840 he was the only episcopal leader of the denomination, successor to James Varlick (1750–1827), founder and first bishop of the church. From 1828 to 1842, the year of his retirement from active service due to feebleness and blindness, Rush was a presiding officer or host bishop at the General Conference in New York and in Philadelphia. His immediate successors were William Miller (1775–1845), consecrated in 1840, and George Galbraith (1799–1853), consecrated in 1848. Denominational historians note discrepancies in the records of Rush’s years of service with Bishop Varlick and in the exact dates of his blindness and death; they also omit the names of Rush’s parents and possible travel and service in North Carolina. Bishop James W. Hood noted that Rush “was debarred by the prejudice of caste from collegiate training.”

Rush, nevertheless, served as secretary of the General Conference in New York in 1824, initiated foreign mission work in Canada in 1829, and assisted in the preparation of the Discipline of the denomination in 1820 and the Hymn Book in 1858. He exercised pastoral leadership in New Haven, Conn., and encouraged the organization of the Zion African Literacy Society to work in local congregations to assist slaves in educating themselves. Rush ordained many church leaders and traveled through the northeastern United States, where he organized four conferences. In 1833, with the support of sixty black and white directors, he organized and served as president of the Phoenix Society in New York. Phoenix Hall, on West Broadway, became the site of educational work and antislavery activity. In many northern cities, the Phoenix Society expanded and functioned as the Phoenix Moral and Reform Society.

In 1843 Rush wrote The Short Account of the Rise and Progress of the African Methodist Episcopal Zion Church in America, published in New York. In the 1840s he was deeded 160 acres of land by Gerrit Smith, a New York lawyer, abolitionist, and later a congressman. Rush turned the property over to the trustees of Rush Academy in Essex County, N.Y.; plans for Rush University at Fayetteville, N.C., never materialized.

Rush established a friendship with Frederick Douglass, agent of the American Anti-Slavery Society, orator of national prominence, and minister in the Methodist Episcopal Church, North. Douglass became acquainted with the AME Zion Church in New Bedford, Mass., and in time Rush gave him “authority to act as an exhorter” in the church.

In November 1865 Rush, in his eighty-eighth year, was honored in “The Rush Festival” at Masonic Hall, New York City. Named in his honor are the Rush Memorial AME Zion Church in Cambridge, Mass., the Rush Temple in Jamaica, and the Rush Metropolitan AME Church in Raleigh.

Rush was described as short of stature, reserved in manner, and stern in address, with a commanding style as a preacher. He was said to have acquired a vast fund of knowledge and his counsel was sought by succeeding church authorities. Counted “one of the giants of the reform movement of the 1830s,” he died in Philadelphia and was buried in the Mother Zion Church’s Cypress Hill Cemetery, New York.