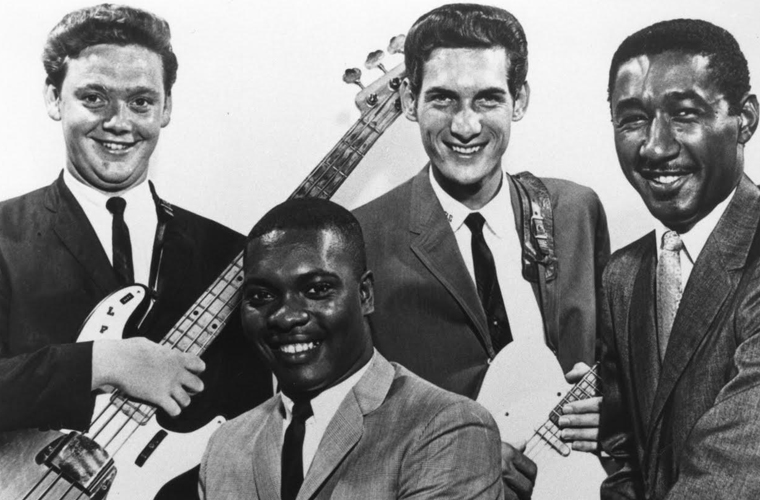 With their signature tune, “Green Onions,” and other enticing melodies such as “Boot-Leg” (1965), “Hip Hug-Her” (1967), and “Time Is Tight” (1969), Booker T. and the MG’s (for “Memphis Group”) brought the Memphis Sound to millions worldwide. When “Green Onions” became a million-selling hit in 1962, organist Jones was only 18. Already a veteran of the Memphis scene, he brought together guitarist Cropper (who practically resided at Stax Records), drummer Jackson, and bassist Dunn. United by a passion for soul music, they became the core of a shifting alignment of musicians (including the Mar-Keys, the Bar-Kays, and the Memphis Horns) that acted as the house band for Stax Records, assisting in the creation of countless masterworks by such performers as Otis Redding and Sam and Dave. The group’s racial composition—Jones and Jackson were black, and Cropper and Dunn were white—mirrored the hopes of the integrationist era. They played together until 1971 and re-formed periodically thereafter, though without the impact they had in the 1960s. Booker T. and the MG’s were inducted into the Rock and Roll Hall of Fame in 1992.