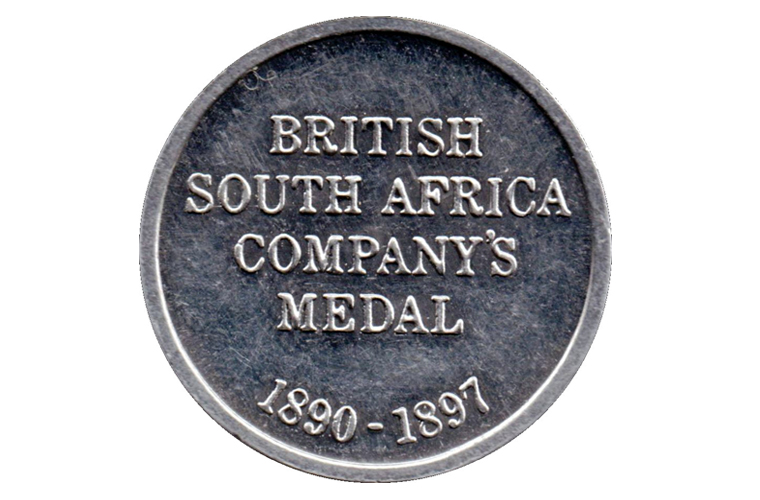 British South Africa Company (BSAC, BSACO, or BSA Company), a mercantile company based in London that was incorporated in October 1889 under a royal charter at the instigation of Cecil Rhodes, with the object of acquiring and exercising commercial and administrative rights in south-central Africa. The charter was initially granted for 25 years, and it was extended for a 10-year period in 1915.

The BSAC’s function was to take the risk of extending the infrastructure of modern capitalism (including railways) into south-central Africa for the benefit of the British but without the cost’s falling on the British taxpayer. Unlike normal companies, the BSAC was permitted to establish political administration with a paramilitary police force in areas where it might be granted rights by local rulers. It was also allowed to profit commercially through its own operations or by renting out the land, receiving royalties on the mining of minerals, levying customs duties, and collecting other fees. The British government guaranteed the BSAC a monopoly where it operated and, as a last resort, was prepared to support it militarily against rival European powers or local rebellions. The consent of local African rulers was frequently misrepresented or evaded, and company operations initially consisted of blatant acts of military conquest. In effect, the profits earned by Rhodes and his associates from established Southern African diamond and gold interests were speculatively reinvested in the BSAC and thus in the conquest of regions of Africa where land, looted cattle, gold, other minerals and assets, and the labor of Africans might be exploited.

In 1890 the BSAC invaded Mashonaland with a force of “Pioneers,” and in 1893 it attacked the Ndebele kingdom, Matabeleland, creating the basis for the colony of Southern Rhodesia (now Zimbabwe). BSAC concession seekers operated north of the Zambezi River, their territorial acquisitions being halted only in Katanga, by rivals financed by King Leopold II of Belgium. The area that was appropriated became Northern Rhodesia (now Zambia). An attempt to take control over parts of Mozambique in 1890–91 was thwarted by the Anglo-Portuguese Convention of 1891, and a later attempt to secure the Bechuanaland Protectorate (now Botswana) also failed. The participation of the BSAC in the unsuccessful Jameson Raid of December 1895 and its misgovernment in Matabeleland (culminating in the “Rising,” a serious and expensive rebellion by the Ndebele in 1896, which was put down only by the intervention of British troops) produced a review of the BSAC’s charter, but it was permitted to continue. A rising of the Ngoni people in Northern Rhodesia was suppressed during 1897–98.

After 1897 the BSAC administered the two Rhodesias, encouraging the immigration of white settlers with exaggerated tales of gold deposits. When these claims were proved to be overstated, settlers were encouraged as farmers. Company rule ended in Southern Rhodesia in 1923, when the white settlers were granted responsible government, and in Northern Rhodesia in 1924, when the British Colonial Office assumed control. The company retained its commercial assets, however, and its mineral rights in Northern Rhodesia became a valuable source of revenue following the development of the copper-mining industry in that territory between World Wars I and II. On the eve of Zambia’s independence in 1964, the company was forced, by the threat of expropriation, to assign its mineral rights to the local government. The company merged with two other companies to form Charter Consolidated, Ltd., in 1965.