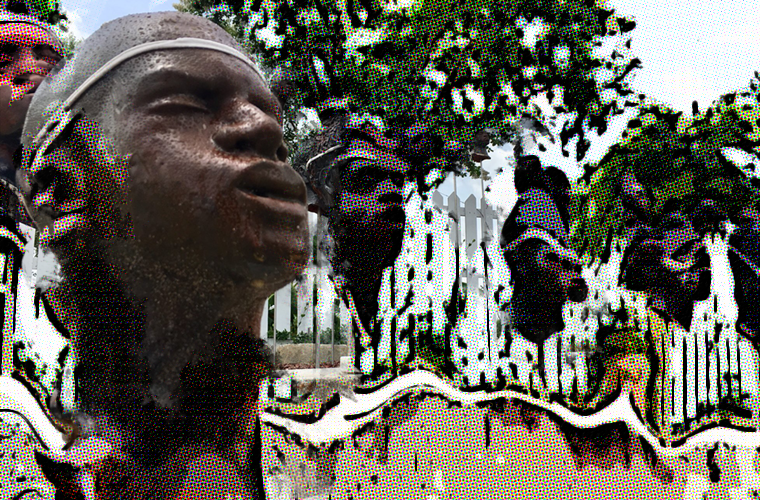 Charles Deslondes was a Creole Mulatto slave living on the German Coast east of New Orleans. Because he was a Creole and thus had lighter skin than other African slaves, he was given special privileges over other slaves and given the position of “driver”, an overseer of the other slaves tasked with maintaining order and discipline. To the slave owners, Deslondes was a loyal slave driver. However in reality it was all an act, Deslondes hated his masters and secretly plotted to overthrow them. While by day Deslondes played the part of a vicious taskmaster, at night he was organizing his fellow slaves for a rebellion, telling them tales of how slaves in Haiti had overthrown their masters and formed their own independent kingdom. Deslondes also had the privilege of being able to freely travel among the other plantations for business purposes. Thus he was able to likewise organize the slaves of other nearby plantations. A date was set for an organized rebellion to take place when the sugarcane harvest was finished in early January when the slave would be idle and have time to prepare the uprising while the slave owners would be busy preparing for the upcoming Carnival celebrations. What would transpire would be the largest slave rebellion in United States history.

On January the 8th, 1811, Delondes attempted to murder his master, Col. Manuel Andry while other slaves hacked apart his son. Andry was able to escape across the Mississippi River despite suffering an ax wound to the head. Likewise, the slaves of other nearby plantations revolted and sent their masters fleeing into the swamps. The rebel slaves grabbed whatever weapons they could, mostly farm tools such as machetes, pitchforks, axes, and sickles, while some acquired firearms pilfered from plantation armories. The slaves then marched along the main roadway beside the Mississippi River towards New Orleans, burning plantations and crops, beating on drums, and chanting traditional African war cries. After a day, their numbers swelled to around 500 men and women. One notable white planter named Jean-Francois Trepagnier, who had a reputation as a particularly cruel slave master, chose to stand his ground by sitting on his porch on a rocking chair, armed with a musket waiting for the slave army to arrive. Who knows what he thought he could accomplish alone, but when the slaves arrived he fired his musket and missed. One of his slaves snuck behind him and buried a hatchet into his skull, then he was dismembered.

Meanwhile, white planters fled their plantations for New Orleans, causing panic to sweep through the city. The locals formed a militia force of two companies bolstered by 30 US Army soldiers. They were led by General Wade Hampton, who was then the largest slaveholder in the US at the time. They marched out to meet the oncoming slave army. The slave army made a tactical retreat east to fight on better ground. However Col. Andry had returned from the southern bank of the Mississippi with a force of planter militia and attacked the slave army’s rear. Surrounded on both sides by an enemy that was better organized and better armed, the slaves didn’t stand a chance. After a short battle, the slaves broke and ran for the swamps. Around 95 slaves were killed in the battle. The rest would be hunted down by dogs and when captured, executed by hanging or by firing squad. Charles Deslondes was personally tortured and executed by Col. Andry. His hands were chopped off, he was shot in the legs, then he was thrown alive into a fire.

After the rebellion the corpses of the rebel slaves were beheaded, their heads set atop pikes lining the road over which the slave army had marched along the Mississippi all the way from the Andry Plantation where the rebellion had started to the French Quarter 20 miles away.