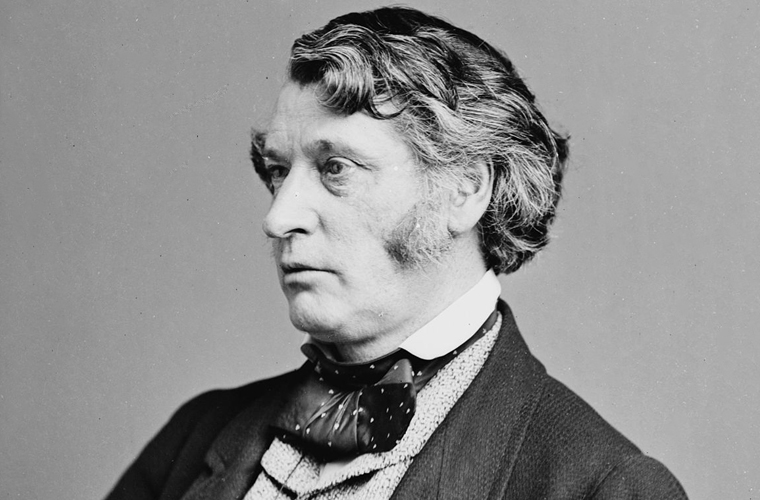 A graduate of Harvard Law School (1833), Sumner crusaded for many causes, including prison reform, world peace, and Horace Mann’s educational reforms. It was in his long service as a U.S. senator from Massachusetts (1852–74), however, that he exercised his major influence on history. He bitterly attacked the Compromise of 1850, which attempted to balance the demands of North against South. On May 19/20, 1856, he denounced the “Crime against Kansas” (the Kansas–Nebraska Act) as “in every respect a swindle” and characterized its authors, Senators Andrew P. Butler, and Stephen A. Douglas, as myrmidons (followers) of slavery. Two days later Congressman Preston S. Brooks of South Carolina invaded the Senate, labeled the speech a libel on his state and on his uncle, Senator Butler, and then severely beat Sumner with a cane. It took three years for Sumner to recover from the beating.

Sumner was chairman of the Senate Foreign Relations Committee from March 1861 to March 1871. Close acquaintanceships with prominent Englishmen such as Richard Cobden, John Bright, William Ewart Gladstone, and other European leaders—gained during his several European sojourns (1837–40)—afforded him an unusual understanding of and influence in international affairs. He helped preserve peace between Britain and the United States by persuading President Lincoln to give up Confederate commissioners James M. Mason and John Slidell after their capture aboard the “Trent” in November 1861.

Sumner opposed President Lincoln and later Pres. Andrew Johnson on post-war Reconstruction policy. He took the position that the defeated South was a conquered province outside the protection of the Constitution and that the Confederate states should provide constitutional guarantees of equal voting rights to blacks before those states could be readmitted to the Union.

In 1870 Sumner helped defeat Pres. Ulysses S. Grant’s proposal to annex Santo Domingo. As a result, Grant apparently brought about Sumner’s removal from the chairmanship of the Foreign Relations Committee, a blow that almost broke Sumner.

In a move for magnanimity toward the defeated South, Sumner introduced a Senate resolution (1872) providing that the names of battles between fellow citizens should not be placed on the regimental colors of the U.S. Army. Reaction in his home state was immediate and bitter. The Massachusetts legislature censured the resolution as “an insult to the loyal soldiery of the nation” and as meeting “the unqualified condemnation of the people of the Commonwealth.” Two years later, however, the legislature rescinded its action. Shortly after receiving news that he had been exonerated, Sumner suffered a fatal heart attack.