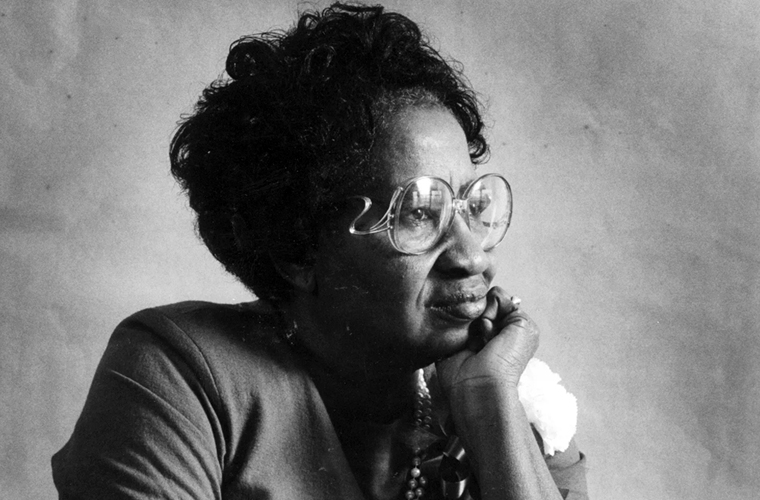 Clara Mae Luper was born in Okfuskee County, Oklahoma, to Ezell and Isabell Shepard on May 3, 1923. She attended all-Black schools and was bussed several miles to Grayson High School, where she graduated in a class of five. After graduating from the segregated Langston University, Luper became the first African American student to enroll in the history department at the University of Oklahoma, earning a master’s degree in 1951.

Luper was one of Oklahoma’s early leaders in the civil rights movement during the 1950s. She taught history in various Oklahoma City public schools for forty-one years and became the sponsor of the Oklahoma City NAACP Youth Council. In 1958, working with this group, she led the earliest “sit-ins” in Oklahoma and some of the first in the United States. Through these protests, she and other civil rights activists succeeded in integrating many public facilities in Oklahoma City and across the state by 1964.

In 1957, Luper escorted her Dunjee High School students to New York City, New York, to perform a play she had written, Brother President: The Story of Dr. Martin Luther King, for a national freedom rally. Inspired by non-violent activism, she and her students returned determined to end segregation in Oklahoma. They staged a sit-in at the Katz Drugstore counter in August 1958. This sit-in led to numerous other demonstrations at lunch counters, cafeterias, churches, and amusement parks, as well as marches, voter registration drives, and boycotts.

She was arrested twenty-six times for her civil rights activities. The Oklahoma City Council responded with an ordinance ending racial discrimination shortly before the 1964 Civil Rights Act. Luper participated, as well, in the civil rights marches with Dr. Martin Luther King, Jr., in Washington, D.C., and Selma, Alabama.

Luper also fought for the integration of Oklahoma City schools and organized the Oklahoma City Sanitation Strike in 1969. She was a candidate for the U.S. Senate in 1972 and founded the Freedom Center, Inc. In 1979, she published her memoir, Behold the Walls, and later developed the Black Voices Magazine, now called America’s Voices. Luper also hosted a radio talk show in Oklahoma City between 1960 and 1980. Luper continued to lecture on behalf of racial justice until illness forced her retirement in 2008.

Clara Luper received many honors in her later years. She was inducted into the Oklahoma Hall of Fame in 2007, a scholarship was established in her name at Oklahoma City University, and Oklahoma City named a street, the Clara Luper Corridor, in her honor. In 2009 she received the National Education Association’s Rosa Parks Memorial Award. Upon her death on June 8, 2011, Oklahoma officials honored her by placing her casket to lie in repose in the rotunda of the state capitol building and flying flags at half-staff. She is survived by a son, Calvin, and two daughters, Marilyn Hildreth and Chelle Wilson.