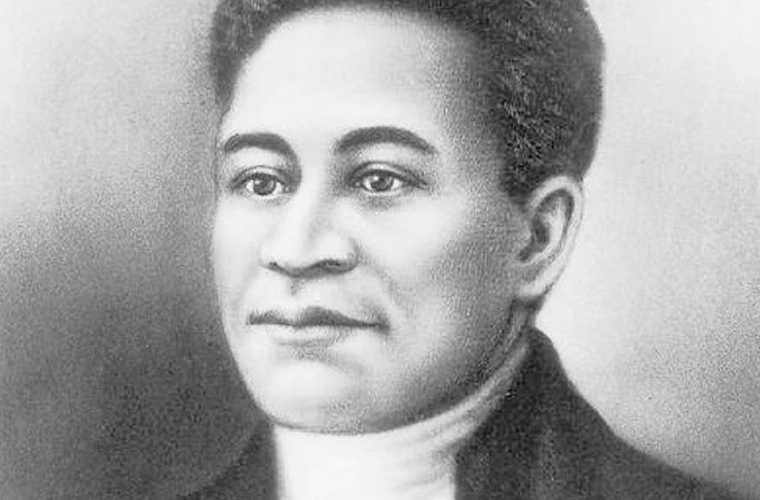 Crispus Attucks was an African-American man killed during the Boston Massacre and thus believed to be the first casualty of the American Revolution. Crispus Attucks is thought to have been born around 1723 in Framingham, Massachusetts. His father was likely a slave and his mother a Natick Indian. A 1750 ad in the Boston Gazette sought the recovery of a runaway slave named “Crispas,” but all that is definitely known about Attucks is that he was the first to fall during the Boston Massacre on March 5, 1770. In 1888, the Crispus Attucks monument was unveiled on Boston Common.

As British control over the colonies tightened, tensions escalated between the colonists and British soldiers. Attucks was one of those directly affected by the worsening situation. Seamen like Attucks constantly lived with the threat they could be forced into the British navy, while back on land British soldiers regularly took part-time work away from colonists.

On March 2, 1770, a fight erupted between a group of Boston rope makers and three British soldiers. The conflict was ratcheted up three nights later when a British soldier looking for work reportedly entered a Boston pub, only to be greeted by furious sailors, one of whom was Attucks.

The details regarding what followed have always been the source of debate, but that evening, a group of Bostonians approached a guard in front of the customs house and started taunting him. The situation quickly escalated. When a contingent of British redcoats came to the defense of their fellow soldiers, more angry Bostonians joined the fracas, throwing snowballs and other items at the troops.

Attucks was one of those at the fore of the fight amid dozens of people, and when the British opened fire he was the first of five men killed. His murder thus made him the first casualty of the American Revolution. Quickly becoming known as the Boston Massacre, the episode further propelled the colonies toward war with the British.

Flames were fanned even more when the eight soldiers involved in the incident and their captain Thomas Preston were acquitted on the grounds of self-defense. (Preston was tried separately from his men.) John Adams, who went on to become the second U.S. president, defended the soldiers in court. During the trial, Adams labeled the colonists an unruly mob that forced his clients to open fire.

Helping to lead the attack was Attucks, Adams charged, though the debate has raged over how involved he was in the fight. Future Founding Father Samuel Adams claimed Attucks was simply “leaning on a stick” when the gunshots erupted.

Born into slavery, Crispus Attucks was believed to be the son of Prince Younger, a slave shipped to America from Africa, and Nancy Attucks, a Natick Indian. Little is known about Attucks’ life, or his family, who reputedly resided in Framingham, Massachusetts, just outside Boston.

What has been pieced together paints a picture of a young man who showed an early skill for buying and trading goods. He seemed unafraid of the consequences of escaping the bonds of slavery. Historians have, in fact, theorized that Attucks was the focus of an advertisement in a 1750 edition of the Boston Gazette in which a white landowner offered to pay 10 pounds for the return of a young runaway slave.

“Ran away from his Master, William Brown of Framingham, on the 30th of Sept. last, a Molatto Fellow, about 27 Year of age, named Crispas, 6 Feet two Inches high, short curled Hair…,” the advertisement read.

Attucks, however, managed to escape for good, spending the next two decades on trading ships and whaling vessels coming in and out of Boston. He also found work as a rope maker.

Accomplishments & Legacy
Attucks became a martyr. His body was transported to Faneuil Hall, where he and the others killed in the attack lay in state until March 8th. City leaders waived segregation laws in the case and permitted Attucks to be buried with the others.

In the years since his death, Attucks’ legacy has continued to endure, first with the American colonists eager to break from British rule, and later among 19th-century abolitionists and 20th-century civil rights activists. In his 1964 book Why We Can’t-Wait, Dr. Martin Luther King Jr. lauded Attucks for his moral courage and his defining role in American history.