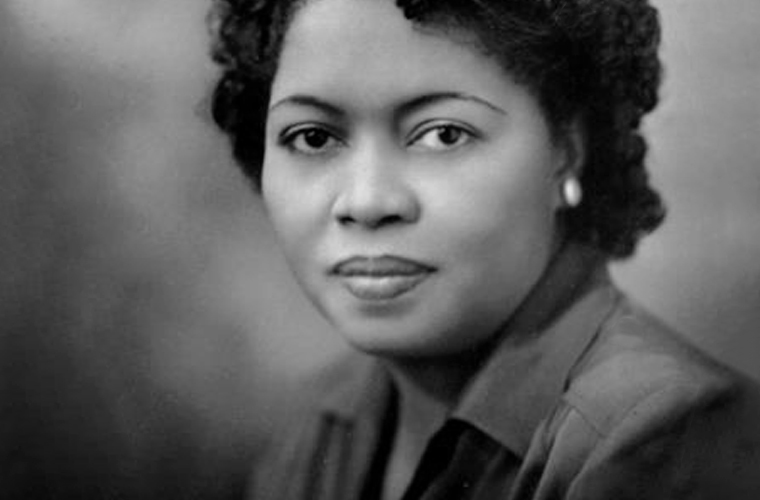 Daisy Nelson Moore was a teacher and civil rights activist in Arizona best known for her legal fight to teach in integrated classrooms before the landmark Supreme Court case Brown v. Board of Education. Moore was born on December 7, 1910, in Barthsville, Oklahoma to an African American father, Arthur R. Nelson, a glazier, and a Native American mother, Katie Johnson Nelson. At six years old, her mother passed away, leaving her and her younger sister, Alice, in the care of her grandparents and aunt in Chandler, Oklahoma. Moore and her sister attended segregated schools in the city where she enjoyed learning and aspired to become a teacher.

In 1931, Moore married Irving G. Moore and the couple moved to Miami, Arizona the following year. Irving worked as a miner while Moore pursued a teaching job in 1944. She then enrolled at the Oklahoma Colored Agricultural and Normal University, which later changed its name to Langston University, and graduated with a bachelor’s degree in education in 1946. After earning an elementary teaching certificate and raising her two children, she accepted a teaching position at Dunbar Elementary School, a segregated black school in Globe, Arizona. She taught first through eighth grades and received an annual salary of $1,500. By 1951, Moore received tenure and was protected under Arizona’s Tenure Law from being unfairly terminated. In that same year, however, the Arizona state legislature passed an anti-segregation bill closing down Dunbar school and subsequently firing Moore.

Moore—along with her friend and colleague Marietta Cooper Bryant, who was also fired—brought a lawsuit against the Globe-Miami County School Board, arguing that they were unjustly terminated. The school board defended Moore’s dismissal as a logical way to save money; however, court testimony revealed that her dismissal was due to anticipated racial clashes. Judge Clifford C. Faires, who presided over the case, agreed that their termination was due to racial discrimination and thus deprived them of their constitutional rights. Therefore, the Gila County Superior Court ruled in favor of Moore and Bryant.

Despite the court’s ruling, the school board filed for an appeal on the grounds of the economy. In their defense, Moore and Bryant’s attorney revealed to the court that the Globe School Board had hired 12 new teachers since their dismissal, making the argument about saving money moot. The appeal was unsuccessful as Judge W. E. Patterson of Yavapai County concurred with Judge Faires’ ruling. The Globe School Board ceased its efforts to prevent Moore and Bryant from teaching in Arizona’s schools.

As a result of the ruling, Moore was reinstated as a teacher in Arizona in 1952 and taught third grade at the Hill Street Elementary School in Globe County. She was also allocated one year’s back pay for the time lost after her dismissal. She continued to teach in the school district for the next 33 years until she retired in May 1975.

Daisy Moore passed on August 8, 1985, in San Jose, California at 75. In 2015, Moore and Bryant were both posthumously inducted into the Arizona Women’s Hall of Fame.