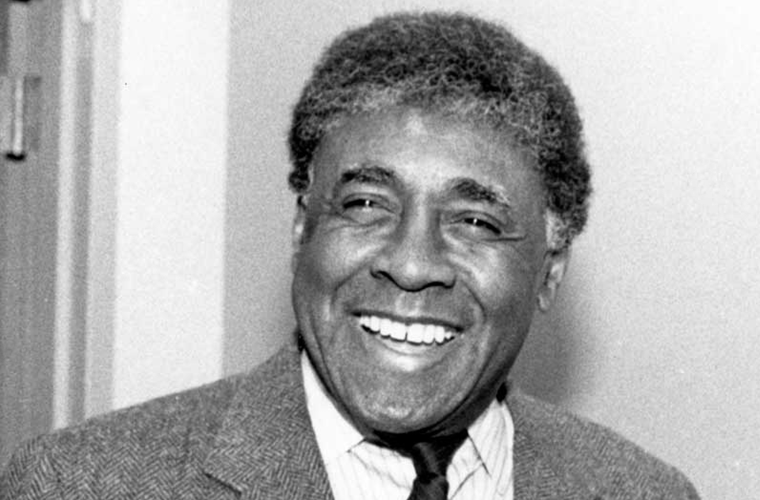 The first African American to chair a department of the Harvard Medical School, Dr. Harold Amos was an esteemed teacher, researcher, and mentor at the institution for more than four decades. Amos dedicated much of his career to supporting the advancement of historically underrepresented individuals and communities within the fields of medicine and science. He also pursued an impressive research agenda, gaining international recognition for his work on bacterial metabolism, nutrition, animal cell culture, virology, and the effects of hormones.

One of nine children, Amos was born on September 7, 1918, in Pennsauken, New Jersey. His parents, Howard R. Amos Sr. and Iola Johnson raised the family on Howard’s wages as a letter carrier for the U.S. Postal Service. Amos attended a segregated elementary school in Pennsauken before eventually finishing first in his class at Camden High School. He received an academic scholarship to attend Springfield College in Massachusetts, graduating summa cum laude in 1941 with a major in Biology and a minor in Chemistry. During World War II, Amos served in the U.S. Army Quartermaster Corps, an experience that would eventually bring him to France. Amos came to love the country, becoming fluent in the language and knowledgeable on French food and wine.

Following his discharge from the military in 1946, Amos enrolled in the Biological Sciences program at Harvard Medical School. He progressed quickly through the program, receiving his M.A. in 1947 and his Ph.D. in 1952 and was the first African American to earn a doctoral degree from Harvard’s Division of Medical Sciences. Following graduation, he received a Fulbright Fellowship to spend 2 years in France at the Pasteur Institute.

In 1954, Amos began a long teaching career in the Department of Bacteriology and Immunology (later renamed Microbiology and Molecular Genetics) at Harvard. He started as a lecturer and moved through the ranks, reaching full professor in 1969. During these years, his research focused primarily on animal cells, including studies on RNA metabolism, enzyme inductions, and, according to a memorial piece published in the Harvard Gazette, “a thread on glucose starvation, hexose metabolism, and transport” that was particularly influential in his field.

Amos twice served as chair of the Department of Microbiology and Molecular Genetics, the first African American to head a Medical School department at the University. He also served as Chair of the Division of Medical Sciences for two separate terms. In 1975, he was awarded a prestigious endowed position, the Maude and Lillian Presley Professor of Microbiology and Molecular Genetics. Other awards received in recognition of this scholarship and professional service included: honorary doctoral degrees from Harvard University and Springfield College; the first $50,000 Dr. Charles Drew World Medical Prize from Howard University; and the Public Welfare Medal of the National Academy of Sciences. Amos was also a fellow of the American Academy of Arts and Sciences and a presidential appointee to the National Cancer Advisory Board.

Throughout his career, Amos remained a conscientious mentor, providing generous support to students and younger professors. He worked with several organizations dedicated to diversifying medical school faculty, including the Josiah Macy, Jr. Foundation and Robert Wood Johnson Foundation, which renamed its Minority Medical Faculty Development Program in his honor.