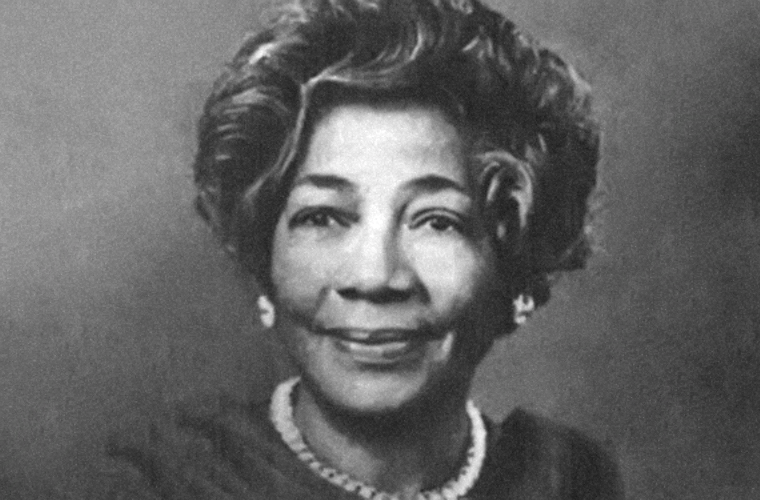 Born in Elkhorn, West Virginia in 1905, Angie Lena Turner King was a chemist and mathematician who dedicated her life and career to teaching and mentoring students in the sciences. The eldest daughter of William and Laura Turner, Angie had two siblings, Sylvia and Irving.

Turner graduated in 1923 from Bluefield Colored Institute (a training high school that became Bluefield State College) in Bluefield, West Virginia. She then studied chemistry and mathematics and earned her BS degree (cum laude) in 1927 from West Virginia State College (WVSC), a Historically Black College and University (HCBU) located in Institute, West Virginia. She taught mathematics at the Teacher-Training High School of WVSC for eight years and eventually was offered a teaching position on the WVSC college faculty. She taught and mentored many African American students at WVSC including Jasper Brown Jeffries, a physicist, and mathematician who would later work on the Manhattan Project in World War II. Jeffries earned his BS in 1933 from WVSU.

Turner continued her education and in 1931 earned an MS degree in chemistry from Cornell University under the direction of Professor Thomas R. Briggs. The title of her thesis was “Interactions Between Solutions of Tannic Acid and Hydrous Ferric Oxide.” She then returned to the faculty at WCSC.

During World War II, Turner taught soldiers in the Army Specialized Training Program at WVSC. In 1946 Angie Turner married Robert Elemore King. They had five daughters. Angie King continued her graduate studies in the field of education at the University of Pittsburgh under the direction of Dr. John A. Nietz. In 1955 she earned her doctoral degree. King spent her entire college teaching career at West Virginia State University and retired from the institution in 1980.

Dr. King continued to live in her on-campus house at WVSC. She died on February 28, 2004, in Institute, West Virginia. She was 99.