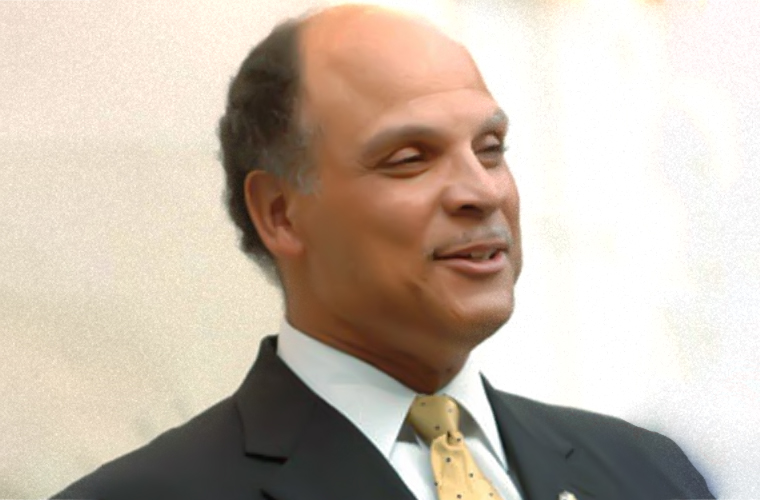 Dr. Harold Lee Martin Sr. was elected the 12th chancellor of North Carolina Agricultural and Technical State University on May 22, 2009, and formally began his tenure on June 8, 2009. Martin brought more than 30 years of transformative leadership experience in higher education to the role. He is the first alumnus to serve as the university’s chief executive.

Martin’s leadership has been distinguished by a focus on long-range strategic planning and tactical leadership that has dramatically improved North Carolina A&T’s standing among the nation’s land grant, doctoral research universities, as well as among historically black colleges and universities (HBCU). The initial strategic plan implemented under Martin’s direction, “A&T Preeminence 2020: Embracing Our Past, Creating Our Future,” saw A&T expand research contract and grant funding, boost its status as one of North Carolina’s top three public research institutions, reorganize its colleges and academic programs, increase endowment holdings by 150 percent and become the nation’s largest HBCU. Having surpassed numerous goals in that plan three years ahead of schedule, Martin introduced a refreshed plan in 2018, “A&T Preeminence: Taking the Momentum to 2023,” which creates bold new aspirations in student success, affordability, enrollment, research, diversity and more. More than ever, the university’s planning under Martin’s management sets it on a course for making a significant difference in the lives of its constituents and the communities they serve.

An institution recognized for its leadership in science, technology, engineering and mathematics (STEM), N.C. A&T has expanded its focus on academic excellence to include all disciplines. Under Martin’s leadership, it has become one of the nation’s top producers of African American graduates in engineering, mathematics, statistics, agriculture, journalism, visual and performing arts, marketing and physical sciences. In 2015, the university earned the Community Engagement Classification by the Carnegie Foundation for the Advancement of Teaching. During Martin’s tenure, it has also grown its statewide economic impact to more than $1 billion and its regional economic impact to more than $700 million.

Martin has also been instrumental in establishing and fostering strategic partnerships such as the Joint School of Nanoscience and Nanoengineering at the Gateway University Research Park (South Campus) and playing a significant role in Opportunity Greensboro, the city’s alliance between the seven colleges and universities and the business community that is intended to make Greensboro a national model for collaboration in knowledge-based economic development.

Before his election as chancellor of A&T, Martin served as senior vice president for academic affairs for the UNC system. He also served as the 11th chief administrator and seventh chancellor of Winston-Salem State University and in a number of administrative posts at A&T including vice chancellor for the Division of Academic Affairs, dean of the College of Engineering and chairman of the Department of Electrical Engineering.

In 2017, Martin was named America’s most influential HBCU leader by HBCU Digest, which came on the heels of him being named one of the Triad Business Journal’s 2016 Most Admired CEOs. In 2015, he was named to the EBONY Power 100 list alongside some of the nation’s most prominent African American thinkers, artists, government officials and business leaders, such as NBC News Anchor Lester Holt and recording artist/actress Janelle Monàe. Martin is a member of Tau Beta Pi-The Engineering Honor Society, Eta Kappa Nu Association, The Honor Society of Phi Kappa Phi, Beta Gamma Sigma and Alpha Phi Alpha Fraternity Inc.

The Winston-Salem, N.C., native received his B.S. and M.S. degrees in electrical engineering from A&T and a Ph.D. in electrical engineering from Virginia Polytechnic Institute and State University. He and his wife Davida, the former county attorney for Forsyth County, N.C., have two adult sons—Harold Jr., a graduate and former interim president of Morehouse College, as well as an alumnus of Harvard Business School and Yale Law School; and Walter, a graduate of Hampton University and the University of Maryland Dental School—and three grandchildren.