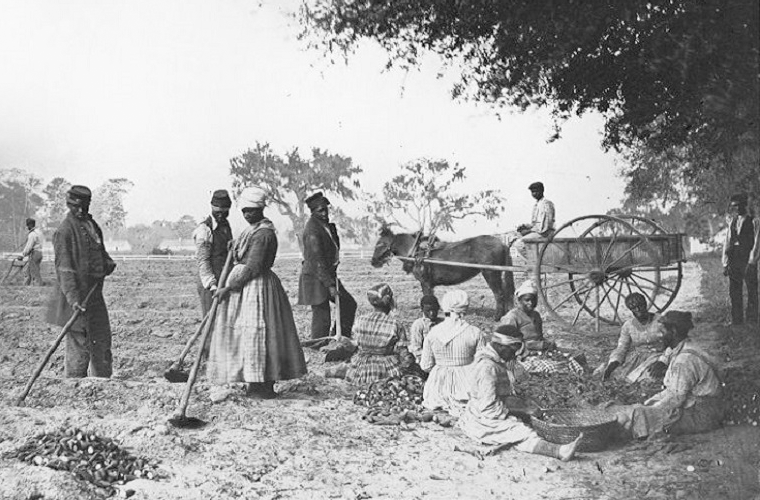 The disturbing history of the slave trade brings to mind the horrifying experiences enslaved Africans had to go through while working on plantations in the Americas and other parts of the world. Africans were, for centuries, captured and chained down, forced onto ships, and taken into new lands against their will. Some even died before getting to their new homes. For those who survived, it was the start of several hours of work on large plantations with little to eat and with never having to forget their status as property.

Being considered as property, enslaved men and women were not legal persons who could enter into contracts, including marriage. Essentially, they had no choice in family or marriage as children largely became the property of the slave owner. It is a well-known fact that slave-owners fathered children with their slaves while some encouraged marriage to protect their investment in their slaves. In 1808 when Congress banned the Trans-Atlantic Slave Trade, slave owners were no longer able to import enslaved Africans who would work as skilled laborers on plantations or on public projects. Thus, many owners started forcing enslaved men like Charles McGruder to procreate.

McGruder “was basically rented out to go from plantation to plantation to breed with other African women,” said Marie McGruder, the great-great-grandchild of McGruder.

Marie said that just as the enslaved African women her great-great-grandfather got involved with had no choice in marriage or family, McGruder was also “surviving himself.” Marie, who now runs the family farm, is among other descendants of McGruder who shared his story with ABC News this month in hopes of finding each other. They believe that McGruder is the “patriarch” to most Black people from Alabama with the surname McGruder.

According to J.R. Rothstein, his great-great-great-grandfather may have had up to 100 children, though records say he had at least 40. He said that of the children McGruder had, each of them had their own children — about a dozen — who also went on to have a dozen more. In effect, many Black people from Alabama with the surname McGruder can trace their lineage back to McGruder, the family said.

95-year-old Lucille Burden Osborne said while growing up in a house that contained family members who had survived slavery, she heard stories about her great-grandfather, McGruder. “Evidently old man Charles McGruder must have been an important person to the community because we would hear his name many, many times,” Osborne told ABC News. “But nobody seemed to want to discuss how Charles fits into that slave situation, and it seemed like everybody would whisper when they were talking about Charles.”

“So this is what stands out in my mind — that he must have been the big daddy … because during his early years, he was considered a [slave] breeder.”

Born as a slave in North Carolina in 1822, McGruder was emancipated after the Civil War. After years of sharecropping, he purchased land in 1877 near Sawyerville, in Hale County, which some of his family still owns. McGruder also changed the spelling of his family’s surname. His white owner was Magruder, the original spelling of the McGruder last name. McGruder’s family believes he changed the last name to show his “independence.” Jill Magruder, who is a descendant of the white Magruders, recently found out that the white Magruders and Black McGruders are linked by blood. She is currently mapping out the family tree.