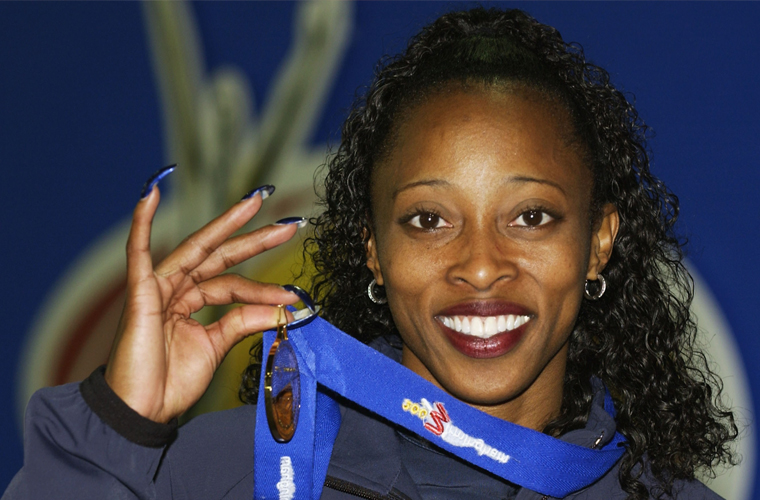 Devers began running in high school. Later, at the University of California at Los Angeles, she won the National Collegiate Athletic Association (NCAA) 100-meter dash in 1988 and set an American record of 12.61 sec in the 100-meter hurdles, which she held or shared for three years. While she was training for the 1988 Olympic Games in Seoul, South Korea, Devers’s health began to deteriorate. She suffered from migraine headaches, sleeplessness, and fainting spells; in 1990 her condition was diagnosed as Graves disease, a thyroid disorder. After months of painful radiation treatment, with brutal side effects, Devers resumed training and won the 100-meter hurdles at the Athletics Congress championship—with a time of 12.83 sec—and finished second at the world championships in Tokyo. In 1992, less than 17 months after doctors had considered amputating her feet, Devers won a gold medal in the 100-meter dash at the Olympic Games in Barcelona, Spain, and was leading in the 100-meter hurdles before stumbling and finishing fifth. At the 1993 world championships in Stuttgart, Germany, she won both events. Devers picked up two gold medals at the 1996 Olympics in Atlanta, Georgia, the first in the 100-meter run and the second as part of the 4 × 100-meter relay team. She competed at the 2000 Games in Sydney, Australia, and the 2004 Games in Athens but failed to win a medal.