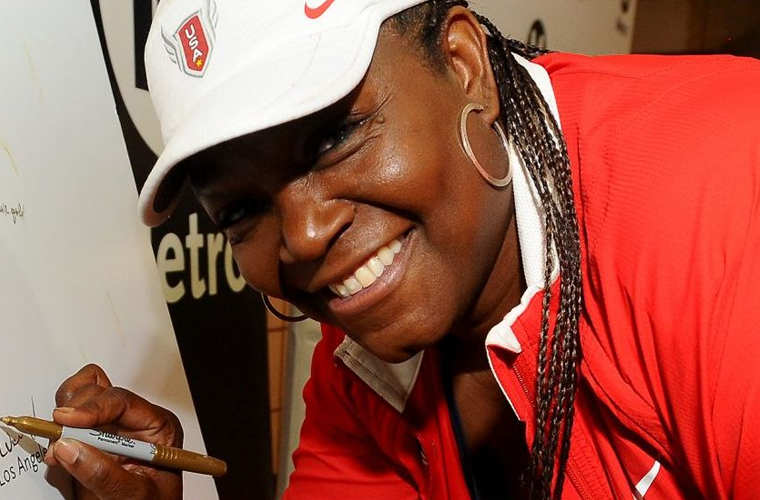 African-American runner and first Olympian to win gold medals in the 200- and 400-meter events. Born in Greenwood, Mississippi, on July 6, 1960; one of ten children of Guitherea and Arguster Brisco; married Alvin Hooks (a wide receiver for the Philadelphia Eagles), 1981 (divorced, 1984); children: Alvin Hooks, Jr.

Born in Greenwood, Mississippi, Valerie Brisco-Hooks attended Locke High School (near Watts in Los Angeles), where her coach, recognizing great talent, gave the 15-year-old a biography of Wilma Rudolph. Brisco-Hooks would strive to follow in Rudolph’s track shoes and in those of an admired older brother Robert who had been shot to death by a stray bullet while practicing on the high-school track. A short sprinter in high school, in 1977, Brisco-Hooks was timed in the 400 meters in 54.19. In 1979, she ran the 400 meters in 52.08.

Bob Kersee convinced Brisco-Hooks that she could be an Olympic champion if she worked hard. As a member of his World Class Track Club, which included Jackie Joyner-Kersee and Florence Griffith-Joyner, Brisco-Hooks trained five days a week, seven hours a day, lifting weights afterward for two or three hours. The workouts ended with 250 push-ups and 1,000 sit-ups. She became an Association for Intercollegiate Athletics for Women (AIAW) champion in the 200 meters while attending California State, Northridge, and was American Athletic Union (AAU) runner-up in the 200 meters. Brisco-Hooks earned a number ten world ranking. 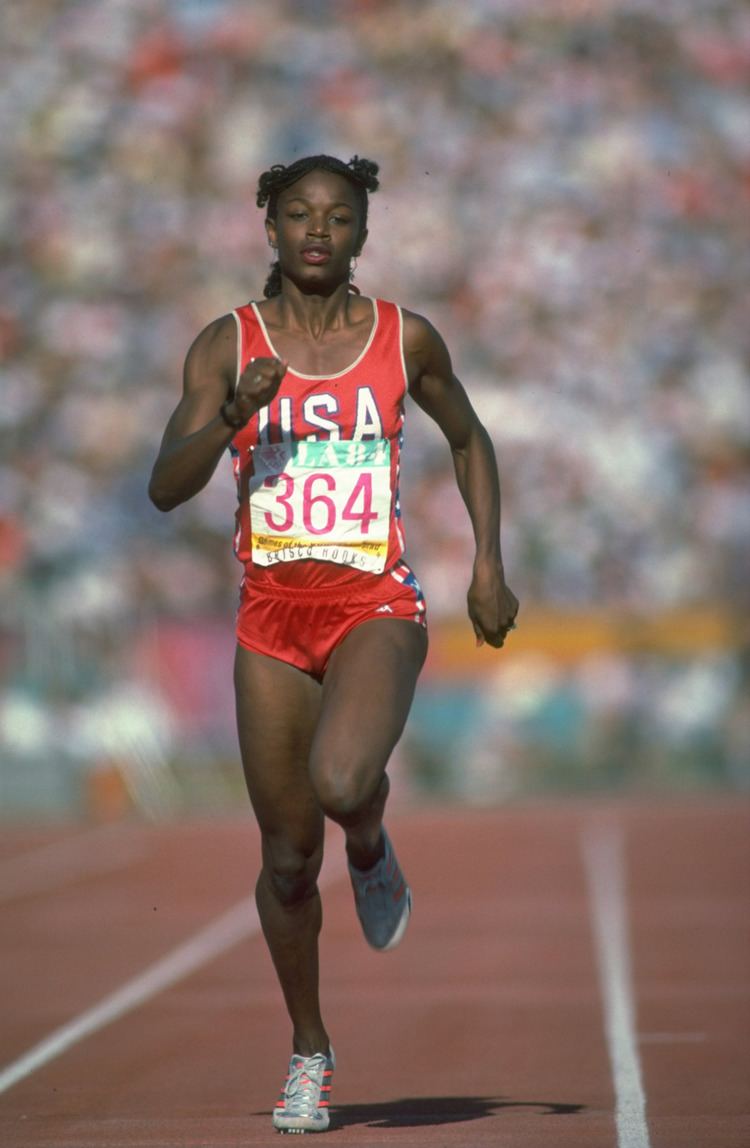 In 1979, she met wide-receiver Alvin Hooks whom she married in 1981. They moved to Philadelphia when he was drafted by the Philadelphia Eagles football franchise. While Valerie was pregnant with their son, Alvin was released from his football contract in 1982 following a knee injury. After numerous separations and reconciliations, she would divorce him in 1984. Brisco-Hooks had been out of training a couple of seasons when she began working again with coach Bob Kersee. She had gained 40 pounds during her pregnancy but returned to training with a vengeance, even inventing a poor woman’s steam room in her bathroom by wrapping herself in cellophane while hot water poured from the shower.

In 1984, Brisco-Hooks broke both the American record and the Olympic record of 48.88 set by Marita Koch from East Germany in 1980, becoming the fourth-fastest woman performer of all-time. A week before the 1984 Olympics, Brisco-Hooks ran in The Athletic Congress (TAC) meet, setting a new American record of 49.83 for the 400 meters. In the 1984 Olympics, she won gold medals in both the 200 and 400 meters, becoming the first American—female or male—to do so in the same Olympiad. She ran the 200 meters in 21.81 and the 400 meters in 48.83 (both Olympic records). She also won a gold in the 4×400-meter relay, running the third leg at 49.23, and becoming the first American woman to win three golds in the same Olympiad since Wilma Rudolph‘s victory nearly 25 years before. In the 1988 Olympics in Seoul, Brisco-Hooks won the silver medal in the 4×400-meter relay.

A winner of three gold medals, she received a number of commercial endorsements after the Olympics. Known for her stylish clothes and braided hair, she became a role model and appeared in antidrug public-service films. After Brisco-Hooks won the 4×400-meter relay at the Pan American Games in Indianapolis, a deaf teenager with impaired eyesight asked if she would pose with him. While the photographer prepared, Brisco-Hooks slipped her Pan-Am gold medal over the boy’s neck, then strolled away. She later told a questioning reporter, “It’s not that the medal didn’t mean anything to me. I am sure it meant more to him.”