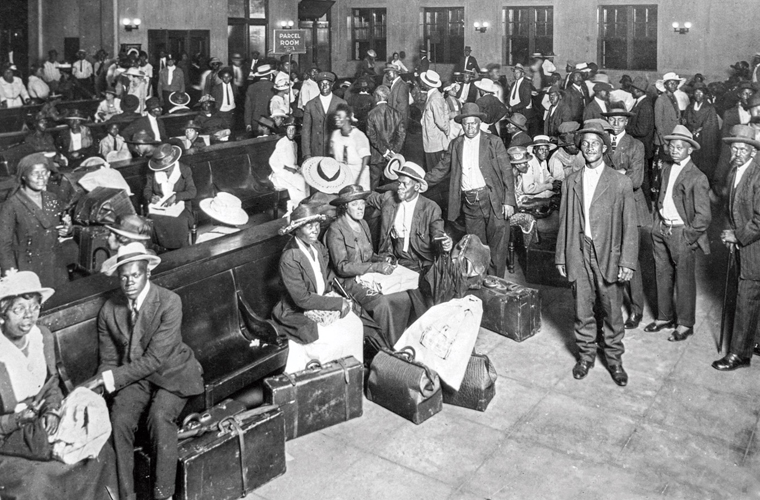 Great Migration, in U.S. history, the widespread migration of African Americans in the 20th century from rural communities in the South to large cities in the North and West. At the turn of the 20th century, the vast majority of black Americans lived in the Southern states. From 1916 to 1970, during this Great Migration, it is estimated that some six million black Southerners relocated to urban areas in the North and West.

The massive stream of European emigration to the United States, which had begun in the late 19th century and waned during World War I, slowed to a trickle with immigration reform in the 1920s. As a result, urban industries were faced with labor shortages. A huge internal population shift among African Americans addressed these shortfalls, particularly during the World Wars when defense industries required more unskilled labor. Although the Great Migration slowed during the Great Depression, it surged again after World War II, when rates of migration were high for several decades.

The “push” factors for the exodus were poor economic conditions in the South—exacerbated by the limitations of sharecropping, farm failures, and crop damage from the boll weevil—as well as ongoing racial oppression in the form of Jim Crow laws. “Pull” factors included encouraging reports of good wages and living conditions that spread by word of mouth and that appeared in African American newspapers. With advertisements for housing and employment and firsthand stories of newfound success in the North, the Chicago Defender, for example, became one of the leading promoters of the Great Migration. In addition to Chicago, other cities that absorbed large numbers of migrants include Detroit, Michigan; Cleveland, Ohio; and New York City.

Seeking better civil and economic opportunities, many blacks were not wholly able to escape racism by migrating to the North, where African Americans were segregated into ghettos and urban life introduced new obstacles. Newly arriving migrants even encountered social challenges from the black establishment in the North, which tended to look down on the “country” manners of the newcomers.