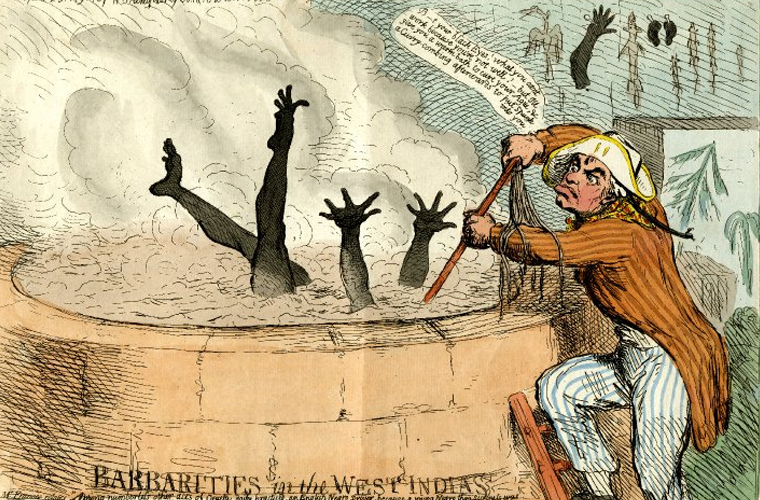 With every passing day, we get to uncover the numerous evils perpetrated against Black people by the Caucasians of this world. With each new history lesson, we are shocked by our imagination.

Africa’s history spans beyond the slave era, back into thousands of years. We are not ignorant of the fact that the Black continent was beautiful, glorious, and noble. But as we tell our glorious stories, we must also call out and tell our young and unborn people about the wickedness that we have suffered as a race. This knowledge will inform our decision on how we interact with our oppressors.

Some of the worst atrocities that happened to our people during the slavery era, happened in the plantations. It ranged from breeding farms where male and females relatives were matched to have sex and reproduce, to the rape, murder, and killing of men, women, and children. In the plantations, the Black people who were taken into slavery were reduced below animals and suffered the worst fate known to man.

According to records in the British museum, slaves were boiled in sugar vats, as punishment in the Caribbean (West Indies).

In the 18th, 19th, and 20th centuries, the Caribbean had large amounts of Sugar Plantations and fields. Enslaved Africans were the major source of the labor on the plantations, and they worked all day round, planting, harvesting, milling them in the sugar refineries.

The Planting of Sugar cane in the Caribbean (Barbados) started in the 1640s and was basically farmed by a combination of Africans and Prisoners from the British Isles. The elites would later find a way to reach Africa and steal Black people who they brought to the Plantations to work.

The process of planting and processing sugarcane was very tedious. Many enslaved Africans died of disease, malnutrition, exhaustion or were killed by slavers who wanted to teach others a lesson.

In this particular instance, an enslaved African was unwell and could not work on the plantation. The plantation overseer would not have any of that, because he wanted more output and profit for his masters, so he decided to throw the young African into a boiling vat of sugar and pinned him down with a stick so that the sick young man could drown a bit.

The overseer’s words were: “B-t your black Eyes! what you can’t work because you’re not well? – but I’ll give you a warm bath, to cure your Ague, & a Curry-combing afterward to put Spunk into you.”

After boiling him on the sugar juice, the overseer brought him out and whipped him so much that it took the young enslaved African another six months to recover from the wounds and scalding on his skin.

In a debate by Wilberforce, for the abolishment of slavery on 18th April 1791, he confirmed the evil punishment of boiling slaves by saying that: “an overseer . . . threw a slave into the boiling cane juice, who died in four days; he was not punished otherwise than by replacing the slave, and being dismissed the service.”

This and many more evil were carried out on the Africans who worked on the sugar plantations. A doctor, named James Ramsay, who worked in the sugar plantations in St Kitts, made some shocking revelations as to how slaves were treated by the overseers. In a book he wrote he gave a gorry but detailed account of it all: “The ordinary punishments of slaves, for the common crimes of neglect, absence from work, eating the sugar cane, theft, are cart whipping, beating with a stick, sometimes to the breaking of bones, the chain, an iron crook about the neck… a ring about the ankle, and confinement in the dungeon. There have been instances of slitting of ears, breaking of limbs, so as to make amputation necessary, beating out of eyes, and castration… In short, in the place of decency, sympathy, morality, and religion; slavery produces cruelty and oppression. It is true, that the unfeeling application of the ordinary punishments ruins the constitution, and shortens the life of many a poor wretch.”

Conclusion:
These devilish scenarios have continued to hunt our people to this date. Even though Black people who are alive today did not experience these atrocities directly in those days, the wickedness of Caucasians today is a vivid reminder that nothing has really changed.

To date, Africans are still taken into slavery and treated like animals. Black people are still killed in their numbers and there is little or no justice system that fights for the right of the Black man all over the world.

Therefore, Black people must come together just like the Jews did, to reclaim their destiny and protect themselves and land against all forms of attack. It is a duty we ourselves, to stand together, or we will forever be scorned.