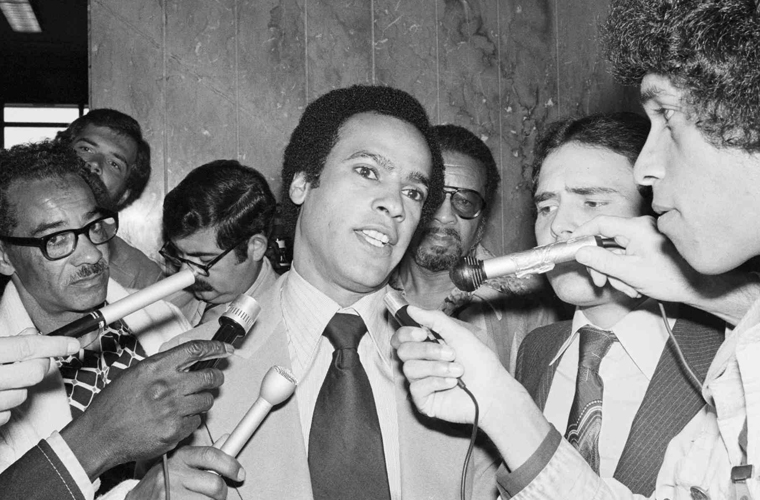 Huey P. Newton was an African-American activist best known for founding the militant Black Panther Party with Bobby Seale in 1966. Huey P. Newton was born in Monroe, Louisiana, on February 17, 1942, and named after former governor Huey P. Long. In 1966, Newton and Bobby Seale founded the left-wing Black Panther Party for Self Defense in Oakland, California. The organization was central to the Black Power movement, making headlines with its controversial rhetoric and militaristic style. Newton faced a number of criminal charges over the years and at one point fled to Cuba before returning to the U.S. and earning his doctorate. Struggling with drug and alcohol addiction in his later years, he was killed in 1989 in Oakland Social activist Huey Percy Newton was born on February 17, 1942, in Monroe, Louisiana.

Newton helped establish the African-American political organization the Black Panther Party and became a leading figure in the Black Power movement of the 1960s. The youngest of seven siblings, he and his family moved to Oakland, California when Newton was a toddler. Though later stated he was close to his family, the youngster had a difficult time early in life, which was reflected in highly erratic behavior at school and on the streets. Despite having multiple suspensions and run-ins with the law as a teen, Newton began to take his education seriously, finding inspiration when his older brother Melvin earned a master’s in social work. Although Newton graduated high school in 1959, he was considered barely literate. He nonetheless became his own teacher, learning to read by himself.

In the mid-1960s, Newton decided to pursue his education at Merritt College, during which time he received a months-long prison term for a knife assault, and later attended the University of San Francisco School of Law. It was at Merritt where he met Bobby Seale. The two were briefly involved with political groups at the school before they set out to create one of their own. Founded in 1966, they called their group the Black Panther Party for Self Defense. Unlike many of the other social and political organizers of the time, they took a more militant stance on the plight of black communities in America. A famous photograph shows Newton—the group’s minister of defense—holding a gun in one hand and a spear in the other.

The group set forth its political goals in a document entitled the Ten-Point Program, which called for better housing, jobs, and education for African Americans. It also called for an end to the economic exploitation of black communities, along with military exemption. The organization itself was not afraid to punctuate its message with dramatic appearances. For example, to protest a gun bill in 1967, members of the Panthers entered the California Legislature armed. (Newton actually wasn’t present at the demonstration.) The action was a shocking one that made news across the country, and Newton emerged as a leading figure in the black militant movement.

The Black Panthers wanted to improve life in black communities and took a stance against police brutality in urban neighborhoods by mostly white cops. Members of the group would go to arrests in progress and watch for abuse. Panther members ultimately clashed with police several times. The party’s treasurer, Bobby Hutton, was killed while still a teenager during one of these conflicts in 1968.

Newton himself was arrested the previous year for allegedly killing an Oakland police officer during a traffic stop. He was later convicted of voluntary manslaughter and sentenced to two to 15 years in prison. But public pressure—”Free Huey” became a popular slogan of the day—helped Newton’s cause. He was freed in 1970 after an appeals process deemed that incorrect deliberation procedures had been implemented during the trial.

In the 1970s, Newton aimed to take the Panthers in a new direction that emphasized democratic socialism, community interconnectedness, and services for the poor, including items like free lunch programs and urban clinics. But the Panthers began to fall apart due to factionalism, with later allegations surfacing that the FBI, under J. Edgar Hoover was clandestinely involved in the organization’s unraveling. Key members left while Newton and Eldridge Cleaver, the party’s minister of information, split ways.

By mid-decade, Newton faced more criminal charges when he was accused of murdering a 17-year-old sex worker and assaulting a tailor. To avoid prosecution, he fled to Cuba in 1974 but returned to the U.S. three years later. The murder case was eventually dismissed after two trials ended with deadlocked juries, while the tailor refused to testify in court in relation to assault charges. Even with his legal troubles, Newton returned to school, earning a Ph.D. in social philosophy from the University of California, Santa Cruz, in 1980. In his final years, however, he suffered from major drug/alcohol problems and faced more prison time for weapons possession, financial misappropriations, and parole violations. The once popular revolutionary died on August 22, 1989, in Oakland, California, after being shot on the street.

Newton published a memoir/manifesto Revolutionary Suicide in 1973, with Hugh Pearson later writing the 1994 biography The Shadow of the Panther: Huey Newton and the Price of Black Power in America. Newton’s story was later depicted in the 1996 one-man play Huey P. Newton, starring Roger Guenveur Smith. A 2002 filmed presentation of the project was created by Spike Lee, and documentarian Stanley Nelson looked at the history of the Panthers in the 2015 film The Black Panthers: Vanguard of the Revolution