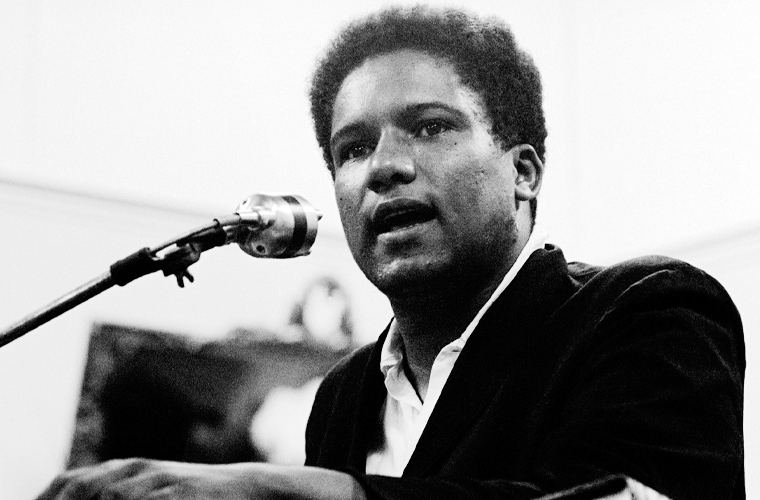 Civil rights activist and organizer James Forman was born on October 4, 1928, in Chicago. He spent much of his childhood with his grandmother on a farm in Marshall County, Mississippi. His grandmother stressed the importance of education and his experiences in the segregated South proved very important in his developing social consciousness.

Forman completed high school in 1947. He attended Chicago’s Wilson Junior College before joining the U.S. Air Force. After completing four years of military service, Forman enrolled at the University of Southern California. At the beginning of his second semester, Forman was beaten and arrested by the police. He then transferred to Chicago’s Roosevelt University where he became a leader in student politics. Forman graduated in 1957 and attended Boston University as a graduate student.

During the late 1950s, Forman gradually became involved in the budding Civil Rights Movement. In 1958, he traveled to Little Rock, Arkansas, to cover the school desegregation crisis for the Chicago Defender. In 1960, he joined the Congress of Racial Equality, providing relief services to sharecroppers in Tennessee who had been evicted for registering to vote. That same year, he met several of the Freedom Riders, who in turn asked Forman to work with the Student Nonviolent Coordinating Committee. In 1961, Forman moved south, joined SNCC, and began working full-time for the Civil Rights Movement.

Forman’s organizational skills, as well as his maturity and experience, thrust him into a leadership role at SNCC, where he supervised staff and directed fundraising. He served as SNCC’s executive secretary from 1964 to 1966. Forman left SNCC in 1968 to assist in increasing the economic development opportunities for black communities. Remaining an activist, Forman served as president of the Unemployment and Poverty Action Committee. He later returned to academia, obtaining his M.A. degree from Cornell University in 1980 and his Ph.D. from the Union of Experimental Colleges and Universities.

Since 1968, Forman has published several books, including Sammy Younge, Jr., The Making of Black Revolutionaries; Liberation Viendra d’une Chose Noir; The Political Thought of James Forman; and Self-Determination: An Examination of the Question & its Application to the African-American People.