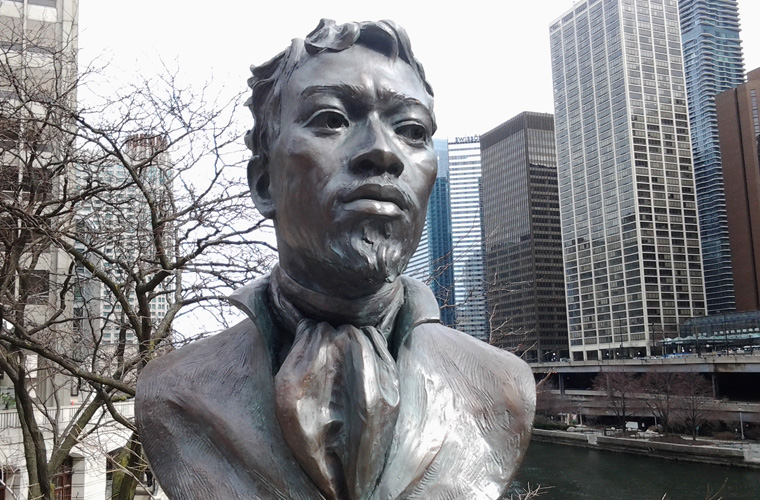 Du Sable, whose French father had moved to Haiti and married a black woman there, is believed to have been freeborn. At some time in the 1770s, he went to the Great Lakes area of North America, settling on the shore of Lake Michigan at the mouth of the Chicago River, with his Potawatomi wife, Kittihawa (Catherine). His loyalty to the French and the Americans led to his arrest in 1779 by the British, who took him to Fort Mackinac. From 1780 to 1783 or 1784 he managed for his captors a trading post called the Pinery on the St. Clair River in present-day Michigan, after which he returned to the site of Chicago. By 1790 Du Sable’s establishment there had become an important link in the region’s fur and grain trade.

In 1800 he sold out and moved to Missouri, where he continued as a farmer and trader until his death. But his 20-year residence on the shores of Lake Michigan had established his title as Father of Chicago.