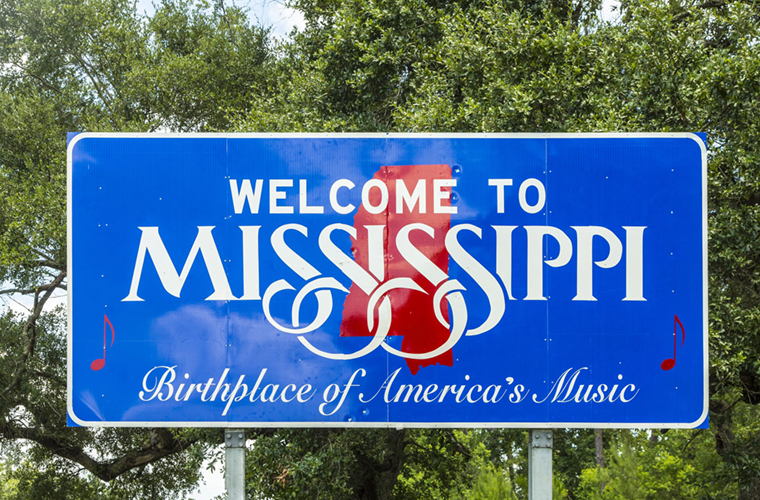 One hundred years ago, the Mississippi state Senate voted to evict the state’s Black residents — the majority of its total population — not just out of Mississippi, but out of the country.

The Senate voted 25 to 9 on Feb. 20, 1922, to ask the federal government to trade some of the World War I debts owed by European countries for a piece of colonial Africa — any part would do — where the government would then ship Mississippi’s Black residents, creating “a final home for the American negro.”

The act is a reminder of just how long after the end of slavery some White Southerners were pushing not just to strip African Americans of their political rights but also to remove them from the land of their birth.

What opposition there was to the proposal in the all-White Mississippi legislature came not from people who believed in racial equality but from plantation owners who feared losing their cheap, brutalized labor force. And remarkably, the proposal had a few Black supporters: Black separatists who preferred a move to Africa over the violence and abuse that African Americans faced in Jim Crow Mississippi.

Senate Concurrent Resolution No. 21 was written by Sen. Torrey George McCallum, a former mayor of Laurel in Jones County. The county has achieved some measure of Hollywood fame as the “Free State of Jones,” a pocket of Unionist sentiment during the Civil War, but the McCallums were deeply engaged in the institution of slavery. Torrey’s grandfather Archibald enslaved 51 people on his plantation in 1860 and had a net worth of $80,000, about $2.5 million today.

McCallum’s proposal came in the aftermath of World War I. The relatively late entry of the United States into the war and the devastation of the conflict left many of its European allies deep in debt to Washington. In all, European countries owed $10.35 billion, the equivalent of $174 billion today.

Although short on cash, those countries had plenty of colonial territories — particularly in Africa, where the major European powers had scrambled to divvy up the continent’s land and resources. McCallum saw the makings of a deal.

His resolution argued in flowery language that “the spirit of race consciousness” had grown with a postwar increase in nationalistic feelings worldwide and that it was “our most earnest desire to reach a just, fair, amicable, and final settlement” to what some White people then called “the Negro question.”

It concluded with a request that President Warren G. Harding “acquire by treaty, negotiation or otherwise from our late war allies sufficient territory on the continent of Africa to make a suitable, proper and final home for the American Negro, where under the tutelage of the American government he can develop for himself a great republic, to become in time a free and sovereign state and take its place at the council board of the nations of the world.”

McCallum made clear that “the spirit of race consciousness” he cared about belonged to White people. The goal, he wrote, was “that our country may become one in blood as it is in spirit, and that the dream of our forefathers may be realized in the final colonization of the American Negro on his native soil.” The resolution does not specifically state whether the proposed mass migration would be voluntary. But its use of language like a “final settlement,” “the final colonization,” and the United States becoming “one in blood” makes clear the aim was total removal.

Not consulted in this process: Mississippi’s Black residents, who in the 1920 Census made up 52 percent of the state’s population. During Reconstruction, Mississippi’s Black majority had sent three African Americans to Congress and more than 60 to the state legislature. That had all ended, though, first with rampant White violence in the 1870s and 1880s, then with the passage of a new state constitution in 1890 that effectively disenfranchised Black people.

In some ways, it felt like the post-Reconstruction era was returning: Another spike in anti-Black violence had followed World War I, especially during the Red Summer of 1919, and the Ku Klux Klan was suddenly reborn.

Black newspapers nationwide mocked McCallum’s proposal, just as African Americans had generally resisted the previous century’s attempts at colonization. “Only one thing seems to have been overlooked by the Hon. Senator and that is, how even the Mississippi colored people will be induced or enabled by the Mississippi Legislature to go to Africa,” wrote the Broad Ax, a Black Chicago newspaper. After generations of rape of enslaved women by White men, it wrote, “the intervening shades are so numerous and various, it may be a question to determine who is a colored person. Of course, such things don’t bother McCallum.”

“We see that representatives in Mississippi would colonize the American Negro in Africa,” wrote the Southern Indicator of Columbia, S.C. “Poor fools.”

The one exception was Negro World, the national newspaper published by Marcus Garvey’s Universal Negro Improvement Association, which embraced McCallum’s proposal. Garvey believed that members of the African diaspora would never be treated fairly in a White-controlled country and that the solution was a new African homeland.

Garvey gave a speech at Liberty Hall in New York endorsing McCallum’s plan: “The Negro should not delude himself … by the belief that the future will mean happiness and contentment for him in this country since it is the undoubted spirit and intention of the white man that this shall in truth be white man’s country.”

Garvey was becoming known for seeking strange bedfellows in his quest for Black autonomy abroad. A few months later, he went to the offices of the resurgent Ku Klux Klan in Atlanta for a cordial meeting with Imperial Wizard Edward Young Clarke, sparking outrage from Black leaders and newspapers. (Garvey was under indictment on charges of mail fraud at the time, so he also may have been motivated to curry favor with White officials.)

Mississippi’s largest newspaper, the Clarion Ledger — once called “the most racist newspaper in the nation” — happily ran the full text of a telegram Garvey sent McCallum offering his “congratulations” for “the splendid move” he had made.

But Garvey seemed aware of who he was teaming up with. McCallum, he said in a speech, “is the same Southern senator who would object and stand behind the objection, with his whole life and with the last drop of his blood, for a Negro in the United States of America to dine with the President of the United States at the White House.”

McCallum was far from the only racist White leader interested in sending Black people “back” to an Africa they had never seen.

The impulse dates to well before the Civil War, to the early days of state colonization societies, which built colonies in what is today Liberia. The Mississippi Colonization Society created Mississippi-in-Africa on the Pepper Coast, sending several hundred freed slaves there to face what became the highest mortality rates of any society in recorded human history. Some advocates of colonization considered it a more humane option than slavery, but more viewed it as a way to rid their states of free Blacks who might encourage rebellions among enslaved people.

As the Civil War approached, debates over slavery were not limited to the two extremes — continuing and expanding slavery on one hand and making African Americans free and full political citizens on the other.

Some White people argued for freeing the enslaved but still denying them the vote, just as it was then denied to most free Blacks in North and South alike. Others wanted to create a limited class of Black voters, restricted only to the educated or to those who had fought for the Union. And many thought the only solution to the “Negro question” was to send them away — either voluntarily or by force — to a new colony in the Caribbean or “back” to Africa.

Hinton Rowan Helper, the most prominent anti-slavery activist in the South, was nonetheless a virulent racist and advocate of expulsion. As he wrote in the early weeks of the war: “Death to Slavery! Down with the Slaveholders! Away with the Negroes!”

Among those interested in colonization was Abraham Lincoln, who was drawn repeatedly to the idea. In 1862, Congress passed a bill allocating $600,000 for the colonization of formerly enslaved people living in the District of Columbia. Lincoln sent a young free Black man named John Willis Menard to British Honduras (now Belize) to scout it as a potential location; the Danish Virgin Islands, British Guiana, and Dutch Surinam also were considered.

Lincoln struck a deal to set up a colony in the Chiriquí Province of what is now Panama, but strenuous objections from Central American countries led him to scuttle the plan. He eventually signed off on a disastrous experiment that sent 453 free Virginia Blacks to the Haitian island of Île-à-Vache. High rates of disease and a mutiny led to its collapse and 350 survivors sailing back to Virginia less than a year later.