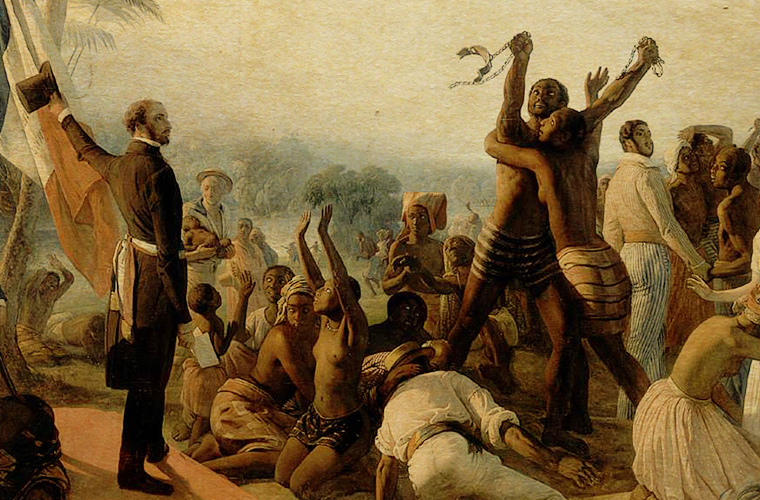 The French transported more Africans to Saint-Domingue (773,000) than to any other part of the French Caribbean, a clear indication of the explosive growth of the colony’s slave-based economy over the course of the eighteenth century. In this rapidly expanding colony, booming on the back of slave-grown sugar and coffee production, French slave owners worked Africans as intensively and as brutally as anywhere in the Americas. Perhaps not surprising, then, that Saint-Domingue was to prove fertile ground for the grievances of the enslaved, whose anger erupted with volcanic fury after the ideals and the turmoil of the French Revolution swept through French Caribbean colonies after 1789.

Though long ignored by many who study the Age of Revolutions, the Haitian Revolution stands out as the only instance in which enslaved people and free people of color fought and defeated the French, Spanish, and British to end slavery and the slave trade. This successful and complicated campaign for freedom and equality, begun in 1791, resulted in the creation of the second republic in the western hemisphere, the independent Republic of Haiti in 1804.

In addition to their own desire for freedom from the harsh realities of slavery in Saint-Domingue, enslaved people and their allies were inspired by both the rhetoric of the American and French Revolutions. In fact, several hundred men of color had joined with royal French soldiers in the American Revolutionary War in 1779, only to return home to Saint-Domingue after the siege of Savannah, Georgia, disillusioned with the treatment they received from their own officers there. In a complex upheaval involving free people of color, radical whites, and enslaved men and women, revolutionaries in Saint-Domingue overthrew local slavery, defeated French, Spanish, and British forces sent to crush them, and ultimately founded a republic based on the ideals of the revolutions that had inspired them.

During the wars that comprised the revolution from 1791 to 1803, white planters fled Saint-Domingue to other islands in the Caribbean and to North America (mainly to Louisiana and South Carolina), taking with them their slaves and spreading horror stories of what had happened in the slave uprising. Their vivid stories and the news from the revolt admonished slaveholders everywhere that they could not make concessions to enslaved people, and that, given the chance, their slaves would revolt against them.