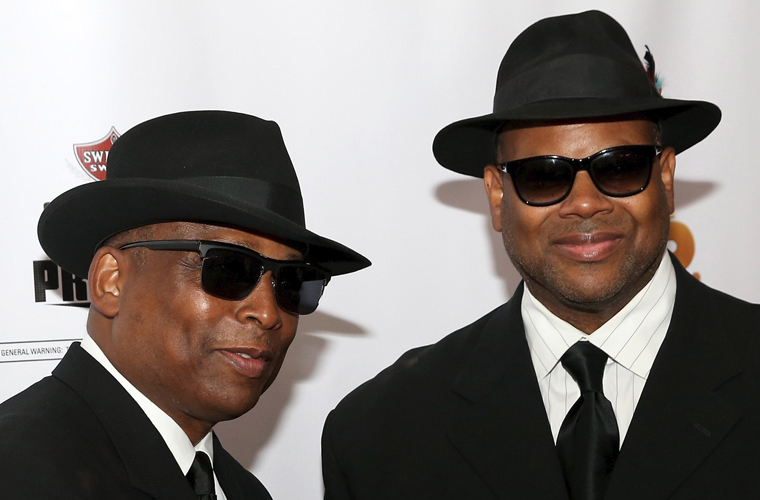 Jam and Lewis’s emergence as major record producers was kick-started by Prince’s pique. Keyboard player Jimmy Jam (James Harris III) and bassist Terry Lewis played together in local Minneapolis bands while in high school, graduating to Flyte Tyme, which evolved into Prince’s backing band, the Time, in 1981. When Jam and Lewis produced the SOS Band’s hit “Just Be Good to Me” in 1983, they broke Prince’s rule that no member of the Time do outside work, and he fired them. They then set up an alternative Minneapolis production powerhouse, Flyte Tyme studios, where they crafted hits for Force MDs, Patti Austin, and Cheryl Lynn. They also made a star of Alexander O’Neal, updating the romantic crooner formula that served Al Green so well in the 1970s (a smooth, soulful voice, stylish clothes, and sexy stage moves).

But Jam and Lewis made their biggest impact in the mid-1980s after Janet Jackson came to them fresh from a broken marriage and anxious for the kind of success her brother Michael Jackson had found. Recycling tracks that had been created for a former member of Atlantic Starr, Sharon Bryant, but were rejected by her label, Jam and Lewis gave Jackson a steel-hard sound and five Top Five singles that catapulted her to superstardom. The duo continued to collaborate successfully with Jackson after she switched labels from A&M to Virgin, and they also applied their magic touch to other acts, including Britain’s Human League.