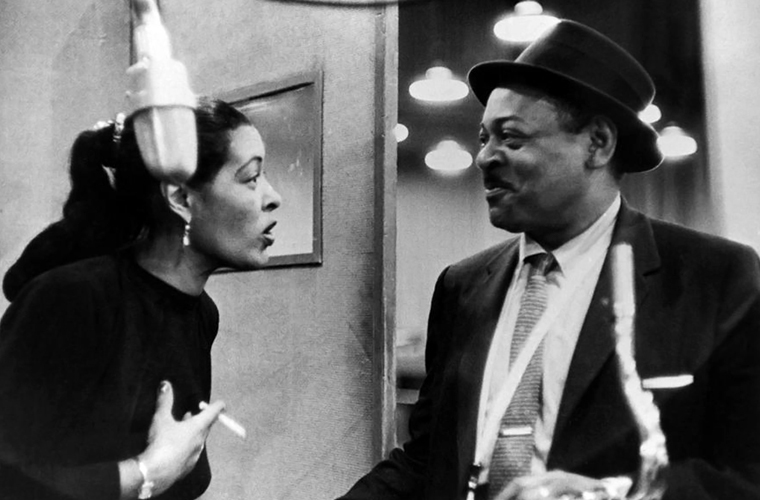 Young’s tone was a striking departure from the accepted full-bodied, dark, heavy variety, with its quick vibrato, because he was light in weight, color, and texture, with a slow vibrato. The swinging, rhythmic feeling in his improvisations was far more relaxed and graceful than that usually heard in the work of others during the 1930s. His lines were streamlined, logical, and refreshingly melodic. The impact of his style was so broad that he has been cited as a favorite by such diverse modern jazz figures as Charlie Parker, Stan Getz, and John Coltrane. Much of the West Coast “cool” style was a direct product of Lester Young’s approach, many saxophonists playing his lines note for note in their own performances. He was so important that singer Billie Holiday called him president of tenor saxophonists, and he was known thereafter as Pres (or Prez). His best-known performances include “Taxi War Dance,” “D.B. Blues,” and “Lester Leaps In.”