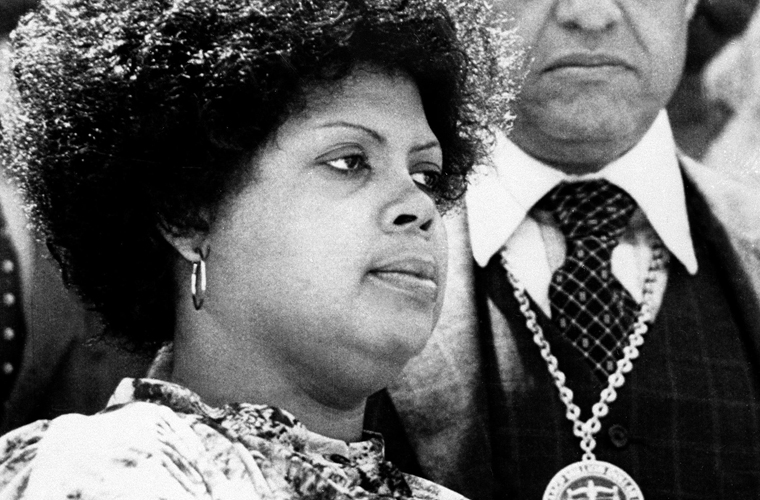 Linda Brown was the child associated with the lead name in the landmark case Brown v. Board of Education, which led to the outlawing of U.S. school segregation in 1954. Linda Brown was born on February 20, 1942, in Topeka, Kansas. Because she was forced to travel a significant distance to elementary school due to racial segregation, her father was one of the plaintiffs in the case of Brown v. Board of Education, with the Supreme Court ruling in 1954 that school segregation was unlawful. Brown continued living in Topeka as an adult, raising a family, and continuing her desegregation efforts with the area’s school system. She passed away on March 25, 2018, at age 76.

Linda Brown was born on February 20, 1942, in Topeka, Kansas, to Leola and Oliver Brown. Though she and her two younger sisters grew up in an ethnically diverse neighborhood, Linda was forced to walk across railroad tracks and take a bus to grade school despite there being a school four blocks away from her home. This was due to the elementary schools in Topeka being racially segregated, with separate facilities for black and white children.

In 1950, the National Association for the Advancement of Colored People asked a group of African-American parents that included Oliver Brown to attempt to enroll their children in all-white schools, with the expectation that they would be turned away. Oliver attempted to do so with Linda, who was in third grade at the time and barred from enrollment at Sumner Elementary. The strategy was for the civil rights group to file a lawsuit on behalf of the 13 families, who represented different states.

With Brown’s name happening to alphabetically top the list of plaintiffs, the case would come to be known as Brown v. Board of Education and be taken to the Supreme Court. The lead attorney working on behalf of the plaintiffs was future Supreme Court Justice Thurgood Marshall.

An aim of the case was to bring down the precedent set up by the 1896 decision of Plessy v. Ferguson, which sanctioned the idea of “separate but equal” facilities for racial divisions. In 1954, this aim was achieved when the Supreme Court unanimously ruled in favor of the plaintiffs in Brown v. Board of Education, disavowing the notion of “separate but equal” and concluding that segregated facilities deprived African-American children of a richer, fairer educational experience.

By the time of the ruling, Linda Brown was in junior high, a grade level that had been integrated before the 1954 court ruling. The family moved to Springfield, Missouri, in 1959. Oliver Brown died two years later, and his widow moved the girls back to Topeka. Linda Brown went on to attend Washburn and Kansas State universities and had a family. She went through a divorce and later became a widow after her second husband’s death, before her marriage to William Thompson in the mid-1990s. She also worked on the speaker circuit and as an educational consultant.

By the late 1970s, Brown spoke of feeling exploited by the amount of media attention given to the case, with there being limited awareness that she was a human being as opposed to a lofty historical figure. Nonetheless, she continued to speak out on segregation and reopened the Topeka case with the American Civil Liberties Union in 1979, arguing that the district’s schools still weren’t desegregated. It was eventually ruled by the Court of Appeals in 1993 that the school system was indeed still racially divided, and three new schools were built as part of integration efforts.

Brown passed away in her longtime hometown of Topeka on March 25, 2018. Although her family wouldn’t comment, Kansas Governor Jeff Colyer paid tribute to the woman who sparked one of the landmark cases in American history:

“Sixty-four years ago a young girl from Topeka brought a case that ended segregation in public schools in America,” he tweeted. “Linda Brown’s life reminds us that sometimes the most unlikely people can have an incredible impact and that by serving our community we can truly change the world.”