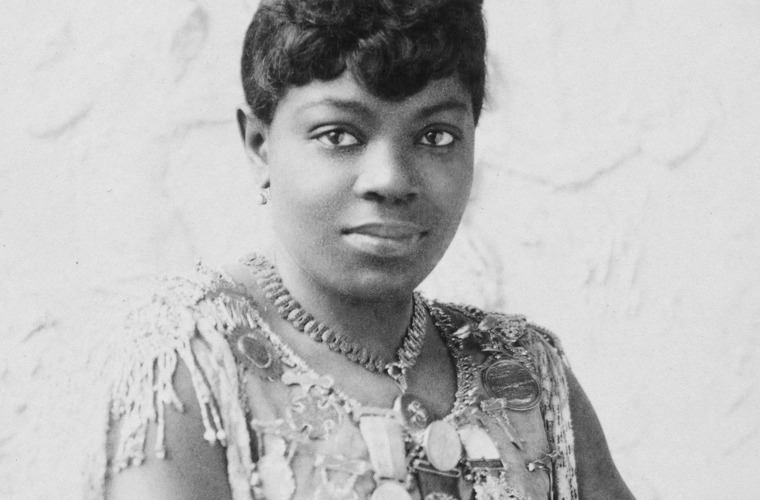 Jones early revealed her talent as a singer, and for a time she studied at the Providence (R.I.) Academy of Music. She may have undertaken further studies at the New England Conservatory of Music in 1886 or 1887, but that information, like much of her early and late life, is obscure. In 1888 she made her singing debut in New York City and toured the West Indies as a featured artist with the Jubilee Singers of Fisk University. Her rich, powerful soprano voice led one critic to dub her “the Black Patti” (after Adelina Patti, the foremost opera diva of the day). Jones disliked the epithet.

Until 1896 Jones sang in concert, opera, and vaudeville halls in solo recitals or with such groups as the Patrick Gilmore band. She appeared at a “Grand African Jubilee” at Madison Square Garden in April 1892, sang for President Benjamin Harrison at the White House in that year, and appeared at the World’s Columbian Exposition in Chicago in 1893. Her tours took her to Canada, England, and continental Europe. She included much spiritual and ballad material in her repertoire, but she preferred selections from grand and light opera.

From 1896 to 1916 Jones toured continually with a troupe called, to her distaste, the Black Patti Troubadours, a motley group whose performances included blackface minstrel songs and “coon” songs and featured acrobats and comedians. Madame Jones, as she preferred to be known, restricted herself to operatic selections, which over the years grew to include costumes and scenery. Performing almost exclusively for white audiences who saw her as an oddity, she was nonetheless widely acclaimed the premier African-American singer of her time. After the breakup of the Black Patti Troubadours in 1916, she lived in obscurity until her death.