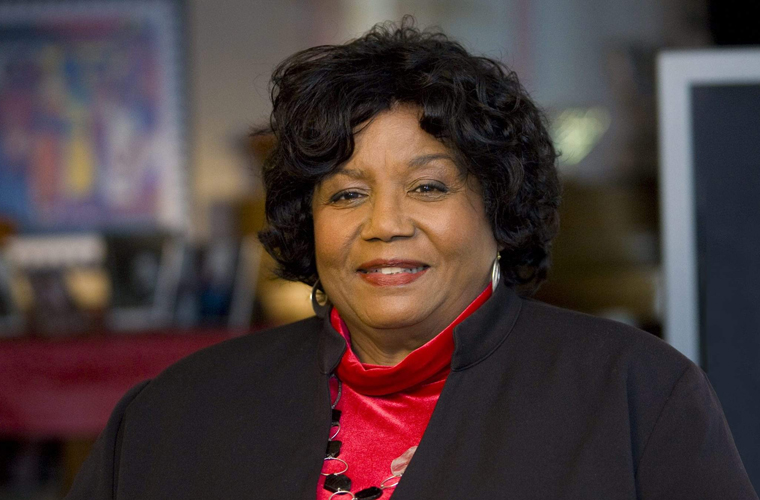 Melba Pattillo Beals made history as a member of the Little Rock Nine, the nine African-American students involved in the desegregation of Little Rock Central High School in 1957. The world watched as they braved constant intimidation and threats from those who opposed desegregation of the formerly all-white high school. She later recounted this harrowing year in her book titled Warriors Don’t Cry: A Searing Memoir of the Battle to Desegregate Little Rock’s Central High School.

Melba Pattillo was born on December 7, 1941, in Little Rock (Pulaski County). Beals grew up surrounded by family members who knew the importance of an education. Her mother, Lois Marie Pattillo, Ph.D., was one of the first black graduates of the University of Arkansas (UA) in Fayetteville (Washington County) in 1954 and was a high school English teacher at the time of the crisis. Her father, Howell Pattillo, worked for the Missouri Pacific Railroad. She had one brother, Conrad, who served as a U.S. marshal in Little Rock, and they all lived with her grandmother, India Peyton.

While attending all-black Horace Mann High School in Little Rock, she knew her educational opportunities were not equal to her white counterparts’ opportunities at Central High. In response to this inequality, Pattillo volunteered to transfer to the all-white Central High School with eight other black students from Horace Mann and Dunbar Junior High School. The Little Rock Nine, as they came to be known, faced daily harassment from white students. Beals later recounted that the soldier assigned to protect her instructed her, “In order to get through this year, you will have to become a soldier. Never let your enemy know what you are feeling.” Beals took the soldier’s advice, and, while the rest of the school year remained turbulent, all but one student, Minnijean Brown, was able to finish the school year. Barred from entering Central High the next year when the city’s schools were closed, Pattillo moved to Santa Rosa, California, to live with a sponsoring family who were members of the National Association for the Advancement of Colored People (NAACP) for her senior year of high school.

In 1961, Pattillo married John Beals. They had one daughter but divorced after ten years of marriage. She subsequently adopted two boys.

Beals graduated from San Francisco State University with a BA in journalism and earned an MA in the same field from the Columbia University Graduate School of Journalism in New York. She has worked as a communications consultant, a motivational speaker, and as a reporter for San Francisco’s public television station and for the Bay Area’s NBC affiliate.

Beals was the first of the Little Rock Nine to write a book based on her experiences at Central High. Published in 1994, Warriors Don’t Cry gives a first-hand account of the trials Beals encountered from segregationists and racist students. The book was named the American Library Association (ALA) Notable Book for 1995 and won the Robert F. Kennedy Book Award that same year. White is a State of Mind, her 1999 sequel to Warriors Don’t Cry, follows Beals from her senior year in high school to her college and family days in California.

Beals was awarded the prestigious Spingarn Medal by the NAACP in 1958, along with other members of the Little Rock Nine and Daisy Bates, their mentor. In 1999, President Bill Clinton presented the nation’s highest civilian award, the Congressional Gold Medal, to the members of the Little Rock Nine. Beals lives in the San Francisco area and works as an author and public speaker.In 2018, she published two books: I Will Not Fear: My Story of a Lifetime of Building Faith under Fire and March Forward Girl: From Young Warrior to Little Rock Nine.