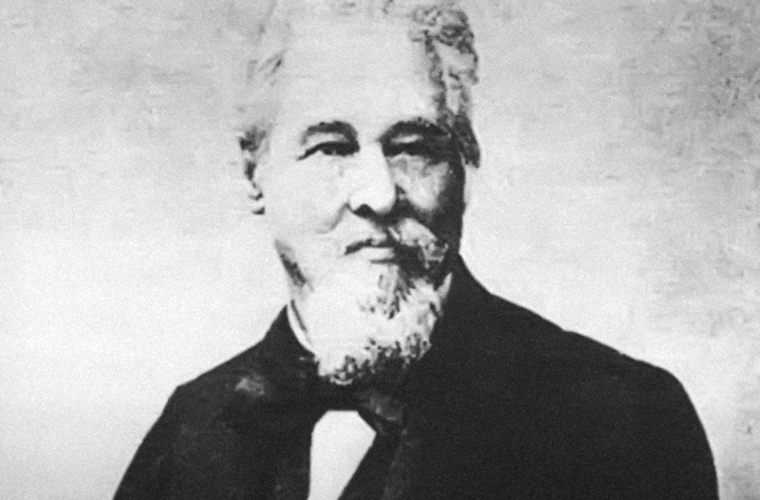 Norbert Rillieux was a brilliant student of thermodynamics who became famous for devising evaporators for sugar cane, revolutionizing the sugar-refining industry, and easing the labor of slaves.

Born free on March 17, 1806, on a New Orleans plantation to Vincent Rillieux, a prosperous engineer and inventor of a steam-operated cotton baler, and his slave wife, Constance Vivant, Norbert Rillieux was baptized at the St. Louis Cathedral in the Latin Quarter. Norbert was the oldest of seven children. As a Creole, Norbert had access to education and privileges not available to lower-status blacks or slaves. He was educated at Catholic Schools, then at L’Ecole Centrale in Paris.

In 1830, Rillieux’s skill in engineering brought him a teaching post in applied mechanics at his Paris alma mater. That same year he published his findings on the applicability of the steam economy to industry and began working on the problem of evaporating moisture from cane juice while lowering the heat to produce a whiter, more refined, sugar crystal.

Refining sugar had been a labor-intensive process, involving the handling of boiling hot liquids. The slaves on the plantations performed most of this labor. Rillieux’s inventions increased sugar production and reduced production costs. However, the most important thing was that his inventions protected lives by ending the older dangerous methods of sugar production.

Back in Louisiana, Norbert’s brother, Edmond, a builder, along with their cousin, Norbert Soulie, an architect, began working with Edmund Forstall to build a new Louisiana Sugar Refinery. In 1833, Forstall, having heard about Rillieux’s research into sugar refining, offered him the position of Head Engineer at the not-yet-completed sugar refinery. Rillieux accepted the offer and returned to Louisiana to take up his new position. However, the sugar refinery was never completed due to disagreements between the principals, mainly Edmond Rillieux, his father, Vincent Rillieux, and Edmund Forstall. These disagreements created long-term resentments between the Rillieux family and Edmund Forstall.

In spite of the failure of the collaboration, Norbert Rillieux remained focused on improving the sugar refining process, developing his machine between 1834 and 1843, when he patented it. The multiple-effect evaporation system that he devised addressed both the spillage that resulted from transfer and the uneven application of heat, as well as making the process safer for workers.

The system utilizes a vacuum chamber or a container with reduced air to lower the boiling point of the liquids. Inside this several pans are stacked to contain the sugarcane juice. As the bottom pans heat, they release steam to transfer heat to the pans above. The heat is more easily controlled than in the Jamaican Train method because one source is needed, at a lower temperature, for multiple pans of sugarcane juice. This prevents the sugar from being burned and discolored.

As the workers do not have to transfer the liquid, sugarcane is not spilled and they are at a reduced risk for burns. Several years after patenting the system, Rillieux successfully installed it at Theodore Packwood’s Myrtle Grove plantation. Not long after this, Rillieux’s new system was installed at Bellechasse, a plantation owned by Packwood’s business partner, Judah P Benjamin.

After these successes, Rillieux managed to convince 13 Louisiana sugar factories to use his invention. By 1849, Merrick & Towne in Philadelphia were offering sugar makers a choice of three different multiple-effect evaporation systems. They were able to select machines capable of making 6000, 12000, or 18000 pounds of sugar per day. The evaporators were so efficient that the sugar makers were able to cover the costs of the new machine with the huge profits from the sugar produced with Rillieux’s system.

In the 1850s, New Orleans was suffering from an outbreak of Yellow Fever, caused by disease-carrying mosquitoes. Norbert Rillieux devised an elaborate plan for eliminating the outbreak by draining the swamplands surrounding the city and improving the existing sewer system, thus removing the breeding ground for the insects and therefore the ability for them to pass on the disease.

Unfortunately, Edmund Forstall, Norbert’s former partner was a member of the state legislature and spoke out against the plan. Forstall was able to turn sentiment against Rillieux and the plan was rejected. Disgusted will the racism prevalent in the south as well as the frustration of local politics Rillieux eventually left New Orleans and moved back to France. Ironically, after a number of years of the Yellow Fever outbreak, the state legislature was forced to implement an almost identical plan that was introduced by white engineers.

Norbert Rillieux returned to France in the late 1850s. In Paris, Rillieux became interested in Egyptology and hieroglyphics, which he studied with the family of Jean-François Champollion. He spent the next decade working at the Bibliothèque Nationale.

In 1881, at the age of 75, Rillieux made one last foray into sugar evaporation when he adapted his multiple-effect evaporation system to extract sugar from sugar beets. The process for which he filed patent was far more fuel-efficient than that currently in use in the beet sugar factories in France. Prior to Rillieux’s invention, two engineers developed a vacuum pan and electric coils to improve the process of making sugar, but this was unsuccessful due to the use of steam at the wrong locations in the machine. Rillieux’s process fixed the errors in the previous process, but Rillieux lost the rights to the patent he had filed.

Norbert Rillieux died on October 8, 1894, at the age of 88. He is buried in the Père Lachaise Cemetery in Paris. His wife, Emily Cuckow, died in 1912 and is buried beside him.