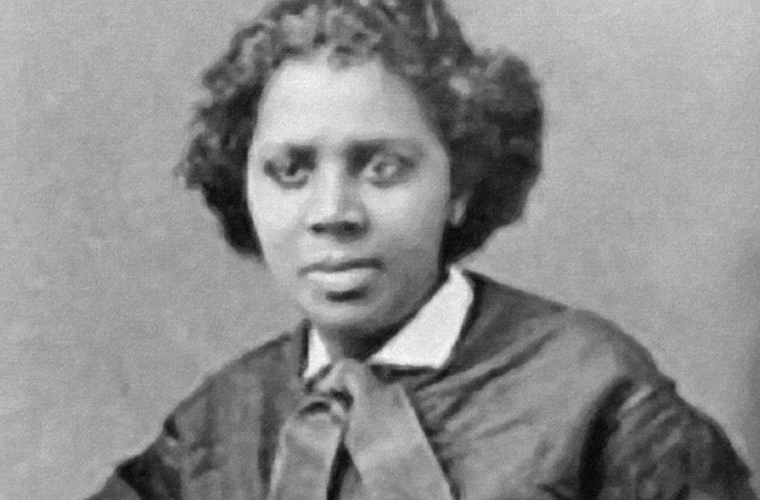 Sarah Boone was a 19th century African American dressmaker who was awarded a patent for her improved ironing board.

Sarah Boone was an African American dressmaker who made her name by inventing the modern-day ironing board. In her patent application, she wrote that the purpose of her invention was “to produce a cheap, simple, convenient and highly effective device, particularly adapted to be used in ironing the sleeves and bodies of ladies’ garments.” With its approval in 1892, Boone became one of the first African American women to be awarded a patent.

Boone was born Sarah Marshall near the town of New Bern in Craven County, North Carolina, in 1832. The daughter of enslaved parents, she earned her freedom at one point; some sources say it came with her 1847 marriage to James Boone, a free African American. The couple went on to have eight children. Utilizing a network tied to the Underground Railroad, Boone migrated with her husband, children, and widowed mother to New Haven, Connecticut, prior to the Civil War.

The family settled into an African American neighborhood near Dixwell Avenue, where Boone worked as a dressmaker and her husband as a bricklayer, until his death in the mid-1870s. According to records, Boone was successful enough to own her own house.

Hailing from an area where it was illegal to teach African Americans to read and write, Boone finally took steps to overcome that disadvantage in her late 40s, possibly through her membership at the Dixwell Congregational Church. Facing fierce competition, Boone had to find a way for her dresses to catch the eye of customers. By the early 1890s, she hit on something that was tailor-made for the corsets that were popular in the era.

To that point, dressmakers were primarily ironing their clothes on a wooden plank placed across two chairs, a method that was fine for a wide skirt but ill-suited for the contours of tight, fitted material. Boone’s solution was to create a narrower, curved board that could slip into sleeves and allow for a garment to be shifted without getting wrinkled. Her creation also was padded, to eliminate the impressions produced by a wooden board, and collapsible for easy storage.

Demonstrating the writing skills she had acquired only a few years earlier, Boone applied for a patent for her new and improved ironing board in 1891. She was awarded U.S. Patent No. 473,653 on April 26, 1892, making her one of the first African American women to earn that formal distinction for inventors.

Boone died of Bright’s disease on October 29, 1904, and was buried alongside her mother and husband in New Haven’s Evergreen Cemetery. Although there is little evidence that she benefitted from the commercialization of her invention, Boone’s ironing board is recognized as the prototype for what became an indispensable household item over the following decades.