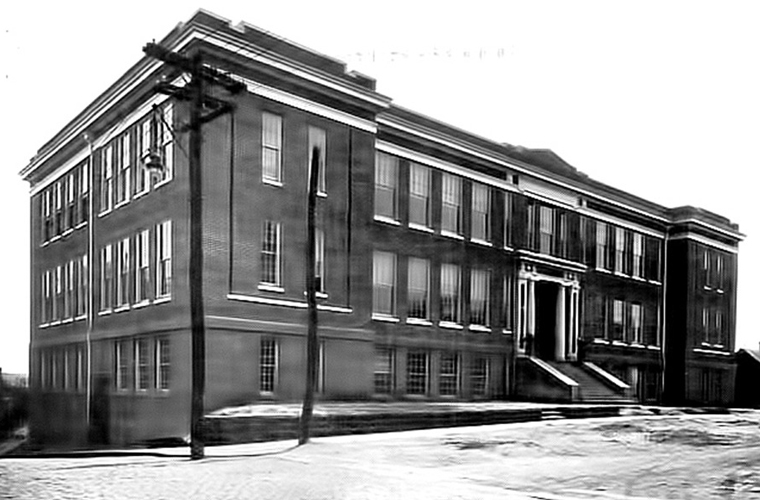 As the first public high school for nonwhite students in Washington, D.C. (and the entire nation), the school’s curriculum was ambitious from its inception, preparing students for college and university enrollment. Classes included English, Latin, foreign languages, history, science, philosophy, and mathematics up to calculus. As a Southern segregated public school that competed with Northern integrated private schools to prepare students for admission to elite universities, Dunbar was remarkably successful. In the segregation era, the school had a high rate of college admission for graduates, with about 2/3rds of each graduating class continuing their education at a college or university. Before 1900, most graduates went on to study at Miner Teachers College and become teachers, but from the beginning and increasingly after 1900 it was common for graduates to attend Howard University, which taught medicine, law, and theology, or elite Northern universities such as Dartmouth (New Hampshire), Harvard, or Yale (Connecticut). Many also became officers in the military.  The occupations of its graduates ranged from playwright to physicist.

As a school that served the African American community, Dunbar High School was chronically deprived of funds. Consequently, there were ongoing teacher shortages, insufficient classroom space with poor maintenance, and lack of athletic facilities. The school’s swimming pool was shut down from 1954 to 1963 for lack of funds. After the District of Columbia’s school system was desegregated in the 1960s, Dunbar High School’s status as the premier school for African American students rapidly declined.  In 2010, enrollment had fallen from a high of over 1,700 in the 1940s to only 750; the student body was still 99% African American, but only 29% of students met D.C.’s grade-level standards for reading, and only 23% met the standard for math.