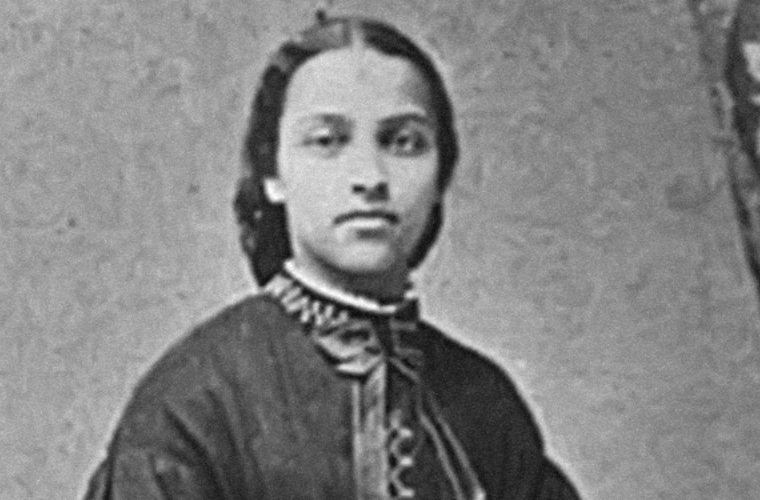 Educator Mary Jane Patterson is considered to be the first African American woman to receive a B.A. degree when she graduated from Oberlin College in 1862. A fellow Oberlin alumnus, Lucy Stanton Day Sessions, graduated twelve years earlier but was not in a program that awarded official bachelor’s degrees.

Although Patterson’s early years are unclear, it is believed that she was born into slavery in Raleigh, North Carolina in 1840. As a young girl, she arrived in Oberlin, Ohio with her family during the mid-1850s. In 1857 she completed a year of preparatory coursework at Oberlin College. Rather than transitioning into Oberlin’s two-year program for women, she enrolled in the school’s “gentlemen’s course,” a four-year program of classical studies that led to a Bachelor of Arts degree with high honors in 1862.

Patterson spent the next year as a teacher in the southern Ohio town of Chillicothe. At the age of 22, she left Ohio for Philadelphia, Pennsylvania where she taught at the Institute for Colored Youth for the next five years. In 1869 Patterson moved to Washington, D.C. to teach at the newly founded Preparatory High School for Colored Youth (later M Street High School and now Paul Laurence Dunbar High School) which was the first U.S. public high school for African Americans and the first public high school in Washington, D.C.

Two years later in 1871, Patterson became principal of the school, serving for one year before being appointed assistant principal when Richard T. Greener, the first black graduate of Harvard University in Massachusetts, came on as principal. Greener left after one year, and Patterson resumed her position as principal, staying there until her resignation in 1884. During her tenure, the school thrived and became well known as a prestigious institution for secondary education.

It is believed that Patterson remained at the school as a teacher following her tenure as principal. Aside from her career as an educator, Patterson was involved in women’s rights, helping to found the Colored Women’s League of Washington, D.C. She died at the age of 54 on September 24, 1894. Her home at 1532 15th Street, NW is part of the Washington, D.C.’s historic walking tour.