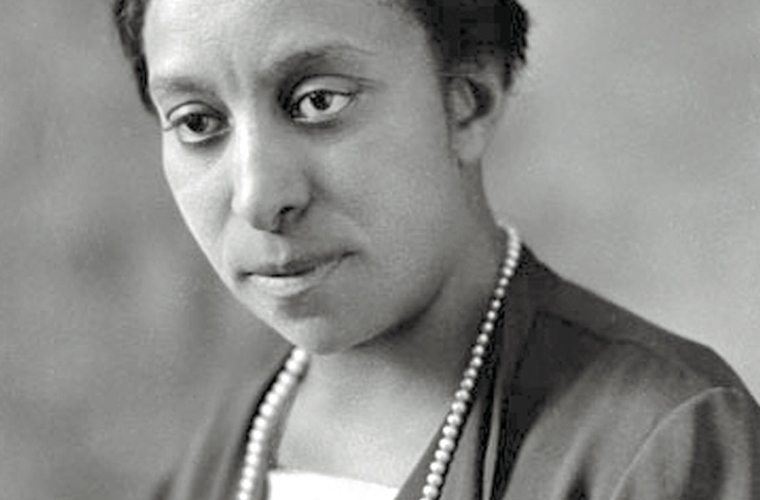 Lucy Diggs Slowe lost both of her parents by the age of six and went to live with her Aunt Martha Price. She soon moved from Lexington, Virginia to Baltimore, Maryland seeking greater life opportunity. At the age of 13, she entered the Baltimore segregated public school system.

Proving to be an exemplary student, Slowe graduated from the Baltimore Colored School in 1904, becoming the first female graduate and the first scholarship recipient of the school to enter Howard University in Washington, D.C.

Slowe graduated as class valedictorian from Howard University in 1908 and accepted a teaching position at Douglass High School in Baltimore. In 1911, she began studies at Columbia University’s Graduate School of Arts and Science in New York. After completing an M.A. in 1915, continued with student personnel classes at Columbia’s Teachers College.

While attending Howard University and continuing through the years, she excelled at tennis. In 1917, Slowe became the first African American to win a national title in any sport by winning the first women’s title at the American Tennis Association’s (ATA) national tournament in Baltimore.

Slowe’s professional career included teaching assignments in Baltimore and later in the Washington, D.C. school system. In 1919, the first Black Junior High School was established in the Washington, D.C. school system with Slowe as principal. She organized the school, developed curriculums, designed and planned an in-service training system for teachers, and educed Columbia University to offer an extension course in education attended by black teachers and white junior high staff. In 1922, Slowe was hired by Howard University as the Dean of Women, a first!

During Slowe’s undergraduate years, she observed administrative practices and policies of student governance, noting the opportunities for positively improving the conditions for women in higher education at all levels. This led to her idea that the dean of women should be a specialist position in women’s education. Slowe embraced the female deanship position at Howard, promoting it to prominence as a model for other African American Universities. She garnered acclaim and recognition in the advancement of higher education.

As Dean of Women at Howard University, she studied the procedures developed by female deans at other universities and originated procedural standards specific to Howard’s administration. She also secured the establishment of a “women’s campus” at Howard, (three new dormitories for women) and influenced the philosophy and appointment of female deans to African American campuses throughout the country. This lead to forward thinking in terms of equal rights for men and women by spearheading progress for African American Administrators on college campuses nationwide.

As an undergraduate in 1908, she was a founding member of the first Greek letter sorority for black women, Alpha Kappa Alpha. The sorority has remained continuously active from 1908 to the present and after 103 years in existence, touts a membership of over 260,000 college-educated women worldwide.

Slowe was a true pioneer in the shaping of educational reform for women of color in the state of Maryland and the country.