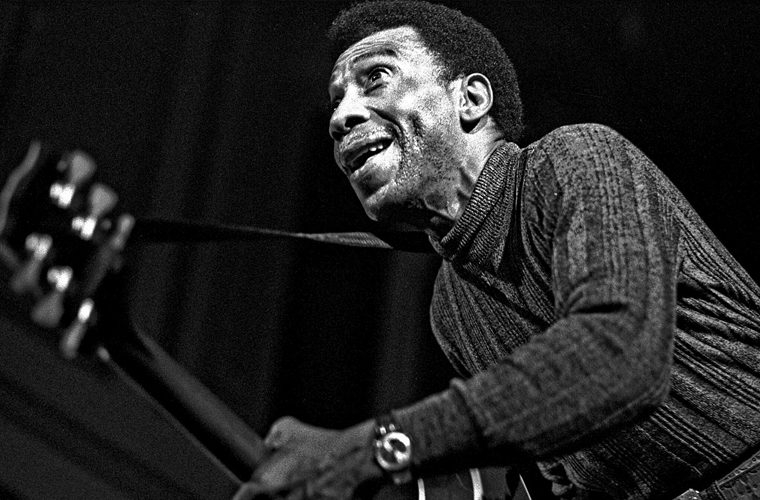 T-Bone Walker, byname of Aaron Thibeaux Walker, (born May 28, 1910, Linden, Texas, U.S.—died March 16, 1975, Los Angeles, Calif.), African-American musician and songwriter, a major figure in modern blues. He was the first important electric guitar soloist in the blues and one of the most influential players in the idiom’s history.

The son of musical parents, Walker grew up in Dallas, Texas, where he led bluesman Blind Lemon Jefferson around the city streets and began playing guitar in his teens. He first recorded, as Oak Cliff T-Bone, in 1929 and toured in Texas, where he became a friend of Charlie Christian, who became the first major jazz electric guitarist. Walker settled in California in 1934. There he began playing electric guitar and, after working with Les Hite’s big band (1939–40), formed his own bands.

Walker recorded prolifically in the 1940s and ’50s, accompanied by small bands that provided backgrounds for his blues singing and guitar solos. Unlike previous blues guitarists, Walker phrased in single-note lines that featured fluent, masterly technique and swinging rhythmic ease. He was noted as a clever songwriter, and his 1947 hit “Call It Stormy Monday” became one of the most enduring modern blues standards. He toured nightclubs and theatres throughout the United States until he suffered a stroke in 1974.