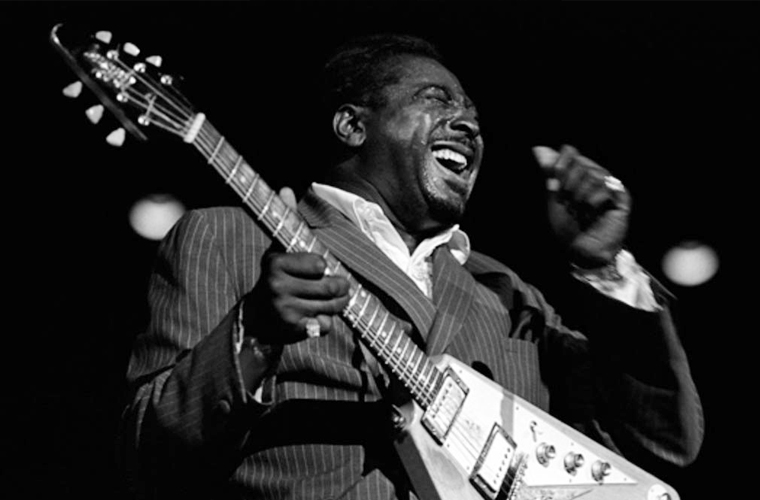 He was one of 13 children born to an itinerant Mississippi preacher and his wife. When he was eight years old, his widowed mother moved the family to eastern Arkansas, where he worked as a farmhand on a cotton plantation and later as a bulldozer operator. He was left-handed, but he taught himself how to play a right-handed guitar upside down by pulling the strings down.

In the early 1950s, King moved to Gary, Indiana, joined the Chicago-based music scene, and made his first recording, “Bad Luck Blues” (1953), for the Parrot label. He performed in St. Louis, Missouri, from 1956 before joining Stax Records in Memphis, where he released such albums as Born Under a Bad Sign (1967) and Live Wire/Blues Power (1968). His blend of simple declamatory vocals with the distinctive wailing of his trademark Gibson Flying V guitar, “Lucy,” were widely imitated by such performers as Jimi Hendrix, Joe Walsh, Stevie Ray Vaughan, and Eric Clapton. King toured extensively and made acclaimed appearances at the Montreux Jazz Festival in the 1970s. The following decade he captured a new generation of fans with the albums San Francisco ’83 (1983), Laundromat Blues(1984), and I’m in a Phone Booth, Baby (1984). In 2013 King was inducted into the Rock and Roll Hall of Fame.