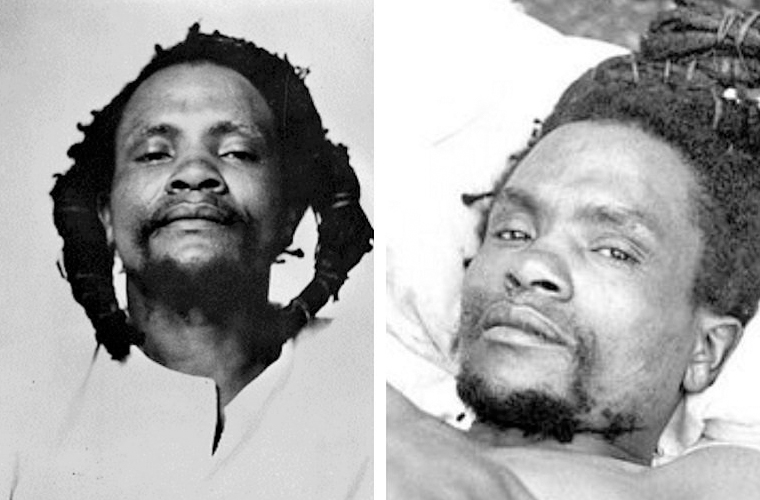 Dedan Kimathi was in the 1950s seen as a terrorist by the British after leading the Mau Mau Uprising, an armed military struggle against the colonial regime in Kenya.

But for many Kenyans, Kimathi has always been that hero who gave the British a hell of a time that would eventually pave the way towards the country’s independence.

His group, the Mau Mau began as the Land and Freedom Army (KLFA), a militant Kikuyu, Embu and Meru army which sought to reclaim land that the British settlers had taken away from them.

The group’s membership grew and it became so powerful that the British government saw it as a threat.

After four years of revolt between the Mau Mau and the British that claimed over 10,000 lives, Kimathi was captured and this led to the decline of the uprising against the British colonial government.

This year, October 21, will be 62 years since he was captured at Tehu in the early hours of that day in 1956 by a British police officer, Ian Henderson, who used intelligence gathered from a disgruntled former Mau Mau.

Media reports state that he was dressed in a leopard skin headdress and cloak when he was spotted moving through the forest which had been his home since the colonial government launched a crackdown on leaders of the Kenya African Union (KAU), a mainstream political independence party whose aims and objectives did not differ from that of the Mau Mau. During his capture, it is reported that Kimathi attempted to escape but was shot in the right thigh.

His arrest became a major news in Kenya at the time, with the British government printing over 100,000 leaflets in Gikuyu and 20,000 in Swahili to announce Kimathi’s capture.

Media reports state that when he was sent to the hospital for his bullet wound to be treated, many Kenyans, particularly, the Kikuyu, gathered outside the facility to catch a glimpse of him.

In court, Kimathi indicated that although he had lived in the forest for almost four years, he had no links with his colleague Mau Mau members since early 1954.

Kimathi, who used to write letters to negotiate with the colonial government from his hideout, further told the court that a pistol that was found on him was given to him in April 1955 by a man called Macharia Kimemia to defend himself against some members of Mau Mau who wanted him dead. 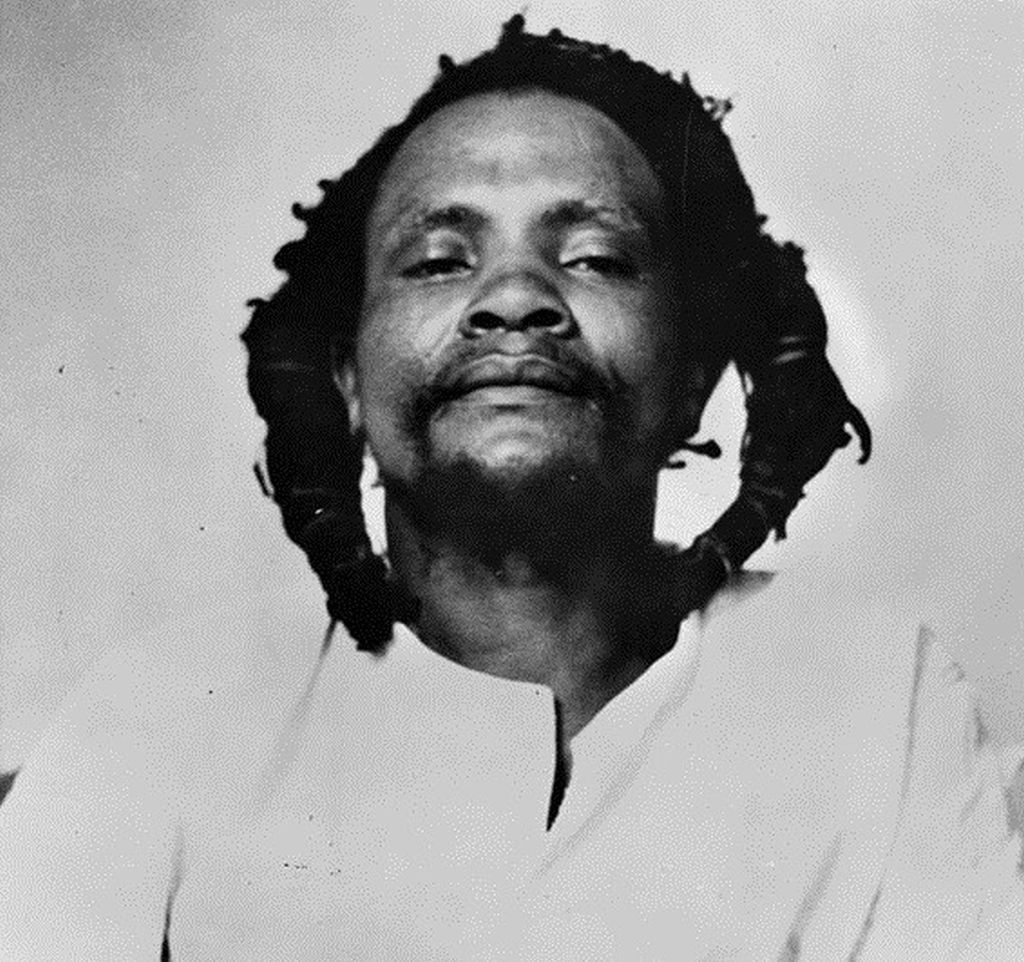 These people were said to be former members of the Mau Mau who had been manipulated by the British through their divide and rule tactic to the extent that they fought on the side of the British and helped to locate him in the forest.

Below are excerpts of what transpired in court between Kimathi and his Counsel Fredrick Miller:

Mr Miller: “ you were a long time in the forest why didn’t you come out and surrender earlier since you had parted ways with your associates and your life was in danger?” Kimathi: “ Because there was a £500 reward on my head and I knew if I came out either the police or home guards would kill me to get the money. I have been writing secretly to the Government to meet them because I knew that if I met them and came out with them I would not be shot.” “I was left alone and I was ill, and I said to myself it is better to come out either to be killed or to get before the Government,” he said.

Kimathi would later be hanged in 1957 after he was sentenced to death. A Roman Catholic priest spent a night with him in his cell at his request, according to reports.

In October 1962, he was celebrated as a hero for the first time in an exhibition which described him as “Field Marshal Sir Dedan Kimathi, the great hero of the Forest Army.”

Several of his photos were also displayed and this angered the government and white settlers who questioned why the local people should hail a man whom they had described as a terrorist.

But when Tom Mboya, the man who had opened the exhibition was confronted, he said that Europeans who had issues with Kimathi’s photographs “should go back to Europe where statues have been erected in memory of people more rotten than anyone I can think of in Kenya.”

Born in Tetu in 1923, Kimathi, who now has a bronze statue titled Freedom Fighter Dedan Kimathi on a graphite plinth in central Nairobi, worked as a teacher at Karumaini school and Ngereka Estate Ol Kalou between 1949 and 1950. 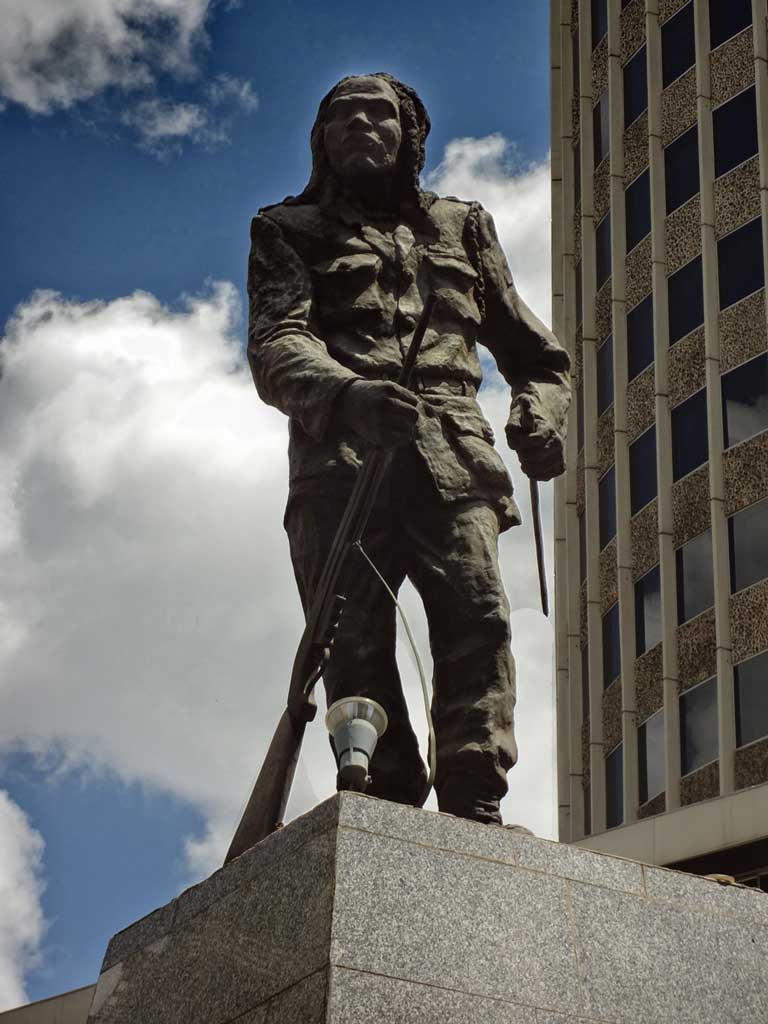 A monument of Kimathi — archiDATUM

In 1951, he worked as a clerk at South Tetu Diary before joining Shell Oil Company Thomson’s Falls as a clerk. By the end of the same year, Jomo Kenyatta personally appointed Kimathi as KAU’s secretary at Thomson’s Falls. He would later join the Mau Mau guerillas which operated from the forests of Mount Kenya and the Aberdares from October 1952 and 1956. Kimathi had to remain in the forest when the colonial government launched a crackdown on KAU leaders from 1952. 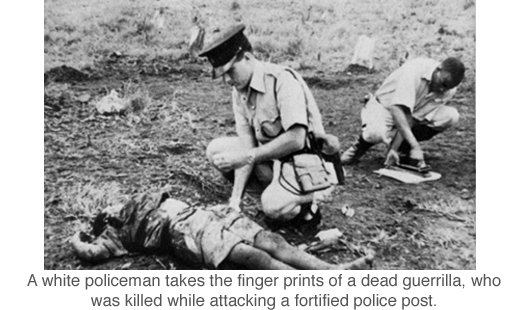 The Mau Mau, which was formally registered in 2003, is till date believed to be the only major nationalist revolutionary movement to have been led almost entirely by peasants, many of them illiterate.

Though they were defeated militarily, the Mau Mau revolt compelled the British government to undertake immediate political reforms including the reinstatement of African political parties in 1955 and then the promulgation of several constitutional reforms.

These would eventually lead to the attainment of political independence for Kenya on December 12, 1963.

Compensations have since been paid to victims of the uprising.