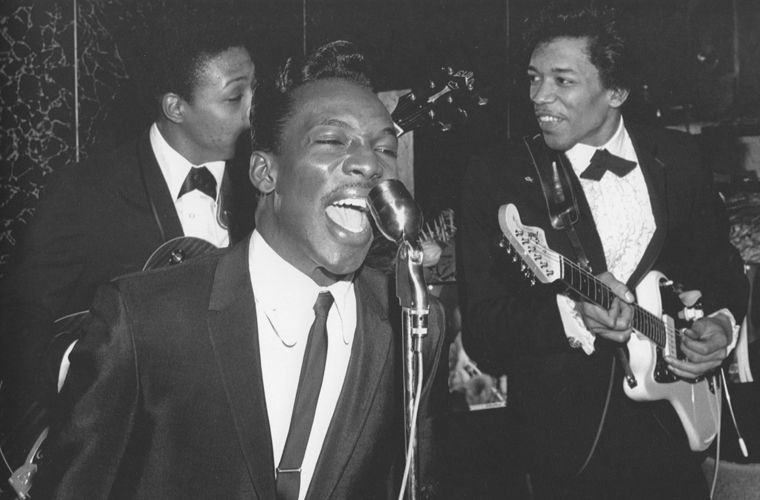 Wilson Pickett, (born March 18, 1941, Prattville, Alabama, U.S.—died January 19, 2006, Reston, Virginia), American singer-songwriter, whose explosive style helped define the soul music of the 1960s. Pickett was a product of the Southern black church, and the gospel was at the core of his musical manner and onstage persona. He testified rather than sang, preached rather than crooning. His delivery was marked by the fervor of religious conviction, no matter how secular the songs he sang.

Along with thousands of other Southern farmworkers, Pickett migrated in the 1950s to industrial Detroit, Michigan, where his father worked in an auto plant. His first recording experience was in pure gospel. He sang with the Violinaires and the Spiritual Five, modeling himself after Julius Cheeks of the Sensational Nightingales, a thunderous shouter.

Pickett’s switch to secular music came quickly. As a member of the Falcons, a hardcore rhythm-and-blues vocal group, he sang lead on his own composition “I Found a Love” (1962), one of the songs that interested Atlantic Records producer Jerry Wexler in Pickett as a solo artist. “Pickett was a pistol,” said Wexler, who nicknamed him “the Wicked Pickett” and sent him to Memphis, Tennessee, to write with Otis Redding’s collaborator, guitarist Steve Cropper of Booker T. and the MG’s. The result was a smash single, “In the Midnight Hour” (1965). From that moment on, Pickett was a star. With his dazzling good looks and confident demeanor, he stood as a leading exponent of the Southern-fried school of soul singing. His unadorned straight-from-the-gut approach was accepted, even revered, by a civil-rights-minded pop culture.

After his initial string of smashes—“Land of 1000 Dances” (1966), “Mustang Sally” (1966), “Funky Broadway” (1967)—Pickett was successfully produced by Philadelphians Kenny Gamble and Leon Huff, who took a bit of the edge off his fiery style on “Engine Number 9” (1970) and “Don’t Let the Green Grass Fool You” (1971). Before leaving Atlantic, Pickett enjoyed another run of smashes, including “Don’t Knock My Love” (1971), “Call My Name, I’ll Be There” (1971), and “Fire and Water” (1972). The advent of funk bands and disco resulted in a decline in Pickett’s popularity, although there are critics who consider “Groove City” (1979) on EMI, his one nod to disco, a dance groove of monumental stature. Although his output began to slow in the 1980s, Pickett continued to perform into the early 21st century, and his influence on younger generations of soulful singers, from Johnny Gill to Jonny Lang, remained strong. He was inducted into the Rock and Roll Hall of Fame in 1991.