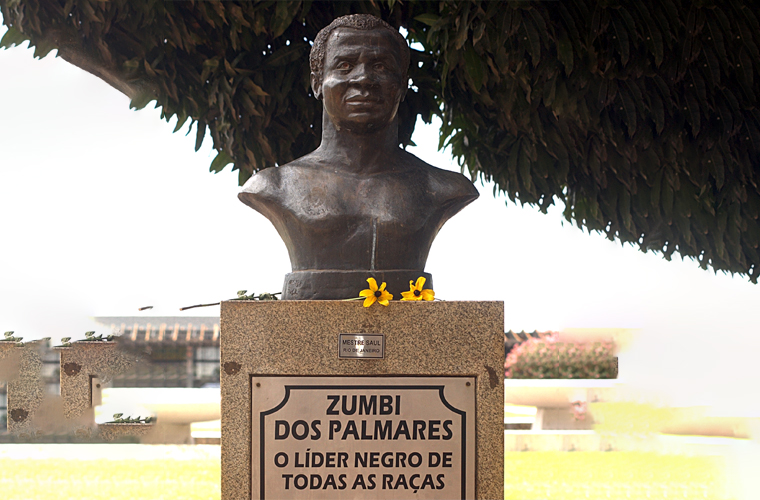 Zumbi dos Palmares was born free in the Palmares region of Brazil in the year 1655, the last of the military leaders of the Quilombo (Kimbundu word: “kilombo,” of the North Mbundu Bantu language in Angola, meaning “warrior village or settlement”) of Palmares. The Quilombo dos Palmares was a free society (free-born, maroons, or refugee slave), an old South American republic, which included the present-day Brazilian coastal state of Alagoas, Brazil. Today, Zumbi is known as one of the great historic leaders of Brazil. 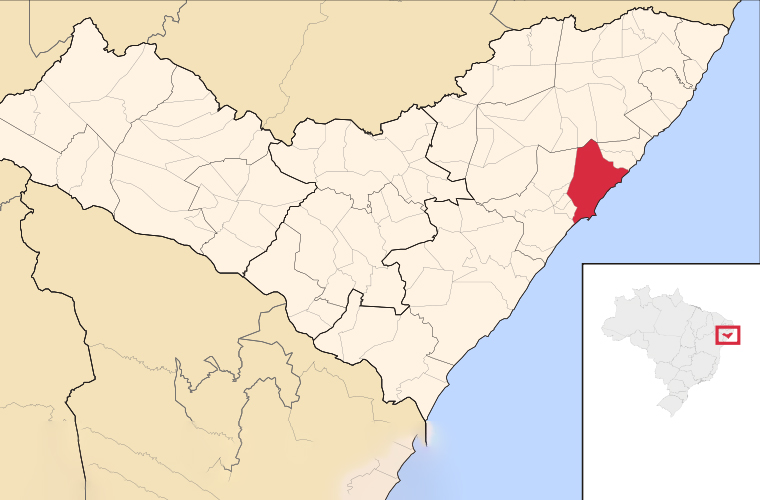 The Brazilian Coastal State of Alagoas

At approximately 6 years old, Zumbi was captured from the Palmares region by the Portuguese and given as a slave to a Portuguese priest, António Melo. Baptized Francisco, Zumbi was taught Latin, the Portuguese religion and language, and assigned to serve the Catholic mass. In 1670, at 15 years old, Zumbi escaped and returned to his birthplace where he soon became known as a Capoërae / Capoiera master in the roda (wheel or circle) of Palmares’ practitioners of this African martial art. By his early twenties, he became a respected military strategist.

Quilombo dos Palmares was a self-sustaining republic of maroons located in “a region perhaps the size of Portugal in the hinterland of Bahia” (Braudel 1984). The Bahia – Alagoas region of Brazil is where this free African settlement was located. At its height in the early 1600s, Palmares had a population of over 30,000. By 1630, it was described by the commentators as “the Promised Land” for escaped African slaves. King Ganga Zumba of Palmares offered emancipation for slaves entering its territories.
In 1644, the Dutch invaded the northeastern region but, as the Portuguese had failed before, the European insurrections failed to penetrate Palmares.

By 1654, the Portuguese expelled the Dutch from the region, many of whom relocated to Suriname. The Palmares military was expert in the Capoeira self-defense, often described as the art of escape. They were forced to defend against repeated attacks by Portuguese colonizers seeking free labor for growing sugar plantations. Many of the escaping Africans from the Portuguese colony originated from the Angolan region in south-central Africa, then under Portuguese colonization. 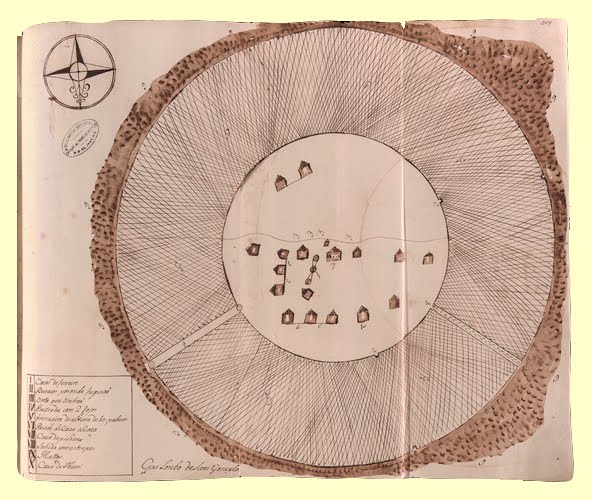 The Quilombo settlements were designed within a circle, as was the dance/martial-art of Capoiera.
The Capoiera circle is called the Roda.

Zumbi eluded the Portuguese and continued the Quilombo resistance. Commentators have written that he was betrayed by a captured Quilombo who led the Portuguese of São Paulo (Paulistas) to Zumbi’s hideout. In any case, led by Domingos Jorge Velho and Vieira de Mello, on February 6, 1694, after 67 years of military conflict with Palmares, the Portuguese eventually destroyed the Palmares compound Cerca do Macaco (“monkey enclosure”). While the Quilombo remained in the Palmares region, Zumbi was captured and killed on November 20, 1695. His head is said to have been shipped to Recife, Brazil where it was displayed in the central praça as proof that Zumbi was not immortal and as a warning to other African resistance fighters.<

November 20 has been celebrated in Brazil as Black Awareness Day (or Black Conscious Day, Portuguese: Dia Nacional da Consciência Negra) since the 1960s. The day has special meaning in honor of Zumbi — a black hero and freedom fighter. Additionally, May 13 is the national holiday in Brazil in honor of the Abolition of Slavery in Brazil in 1850.