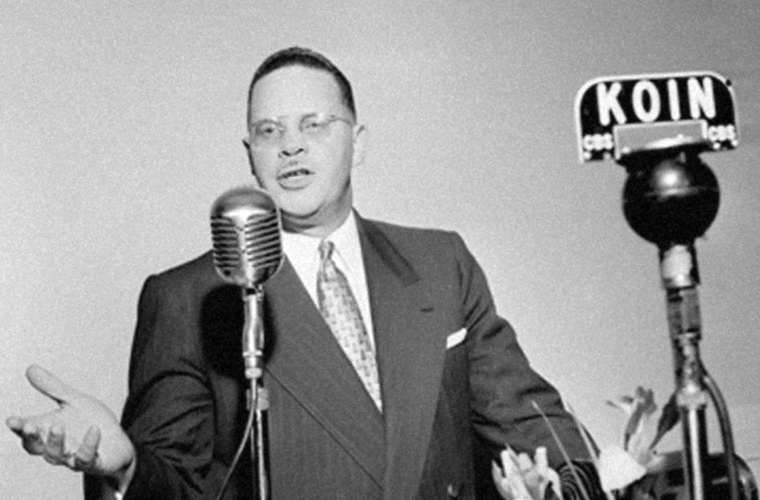 Archibald James Carey Jr. enjoyed an illustrious and influential career that spanned many spheres of public life. Following in the footsteps of his father, Archibald James Carey Sr., he began his public service in the African Methodist Episcopal Church (AME), where he became a prominent African American leader and advocate for social justice in Chicago. A talented speaker and speechwriter, Carey Jr. made both legal and political contributions. He served in political positions at the state, national, and international levels, including becoming the first African American to chair a White House committee. Continuing the family legacy, Carey Jr. used his influence, from the pulpit to the bench, to advocate for civil rights.

Archibald James Carey Jr. was born in Chicago to Archibald J. Carey Sr. and Elizabeth Hill Davis Carey. Archibald Jr. was the youngest of five children; his siblings were Eloise, Annabell, Madison, and Dorothy. The Carey family had a rich tradition of public service both religiously and politically. His father, grandfather, and great grandfather were prominent figures in the AME Church and his mother’s side of the family also boasted influential figures in American politics. Carey Jr. demonstrated his intellectual promise at a young age. In 1924 at age sixteen, Carey Jr. won first prize in the National Oratorical Contest, beating out eighteen thousand other competitors. Fittingly, the subject of the contest was the American Constitution, and Carey’s success was celebrated in the Chicago Daily News. The win foretold the impact Carey would have in his professional life.

Carey Jr. attended Wendell Phillips High School and then attended the Lewis Institute in Chicago, where he completed his bachelor of science degree in 1928. He continued his education at Northwestern University, where he received his bachelor of divinity degree in 1932. He went on to Kent College of Law, Chicago, where he completed his law degree in 1935. While still in college, Carey Jr. officially began his religious career. He was licensed to preach in 1927 at Institutional Church, Chicago. His father performed the ceremony, as he was to do again in 1929 when Carey Jr. was ordained as a deacon. Carey Jr. became an elder of the AME Church in 1931; Bishop Henry B. Parks presided over the service. In addition to the church services that promoted his professional career, Carey also participated in a service of a more personal nature: he married Hazel Harper, with whom he had a daughter, Carolyn Eloise Carey.

In 1930, Carey was appointed a pastor for the Woodlawn AME Church in Chicago, a position he held until 1949. Woodlawn AME Church experienced great growth during Carey’s tenure, particularly during the depression of the 1930s. Beginning with a congregation of approximately fifty members, the church expanded to a membership of well over seventeen hundred. Carey drew people to the church by giving powerful sermons. Moreover, he was a staunch advocate for social justice and one of Chicago’s most militant black preachers. Leading his congregation in support of civil rights, Carey participated in and supported political protests that sought to address the inequalities plaguing Chicago’s black community. Carey frequently spoke at rallies; he lobbied for better facilities on behalf of the Lilydale community against the school board; he fought for fair housing policies and often spoke at events conducted by other community leaders.

Always advancing his career and influence, Carey Jr. was selected as an alternate delegate to the General Conference in 1940 and as the official delegate in 1944. Carey was also recognized for his scholarship. He published a number of articles in religious periodicals such as the Christian Recorder and the Negro Journal of Religion. In 1949, Carey was appointed to Quinn Chapel AME Church, where his father had been the minister at the turn of the century.