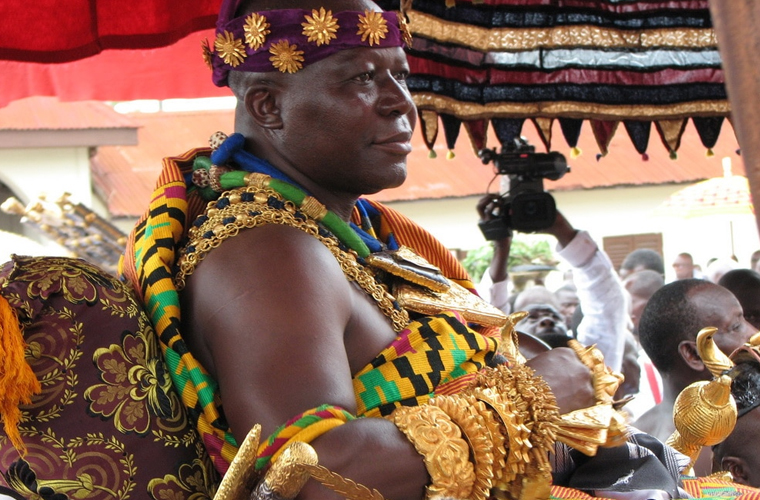 Asante, also spelled Ashanti, people of south-central Ghana and adjacent areas of Togo and Côte d’Ivoire. Most of the Asante live in a region centered on the city of Kumasi, which was the capital of the former independent Asante state. They speak the Twi language of the Kwa branch of the Niger-Congo language family and are a subgroup of the Akan peoples.

Although some Asante now lives and work in urban centers, they remain primarily associated with village life. They are mainly farmers who produce plantain, bananas, cassava, yams, and cocoyams for local markets and cacao for export.

The basis of Asante social organization is the matrilineage, a localized segment of a clan whose members claim descent from a common female ancestor. Members of the lineage assist one another in activities such as building houses, farming, and clearing paths and in funeral rites. Since the Asante believe that every individual is made up of two elements—blood from the mother and spirit from the father—paternal descent is also recognized and governs membership in exogamous ntoro divisions that are associated with certain religious and moral obligations.

The head of the lineage is chosen by its senior men and women; females are prohibited from holding this position because of menstrual taboos forbidding contact with sacred objects. The lineage head is responsible for internal peace and relations with other lineages and, as custodian of lineage stools, which embody the spirits of ancestors, is the mediator between its living and dead members. Every important lineage head also has a stool as a symbol of the office. The village chief is chosen from a particular lineage, which differs from village to village; his main task, with the advice of his council of elders, is to settle disputes within the community.

In the traditional Asante state, villages were grouped into territorial divisions; the chief of the capital village was the paramount chief of the division, and his village council served as the division council. The paramount chief of the national capital, Kumasi, was the chief of the confederation. The symbol of Asante unity was the Golden Stool, which reputedly descended from the sky and to which all chiefs acknowledged allegiance. The queen mother (more often actually the sister of the chief) advised him about his conduct and was regarded as the authority on kinship relations of the lineage; she nominated candidates to fill a vacant chief’s position. The chief’s primary duties were formerly religious and military, but in modern times the position has become increasingly secular, involving economic administration and the provision of social and welfare services.

Although there are Christian and Muslim converts among the Asante, the traditional religion, based on belief in a distant supreme being, a pantheon of gods and lesser spirits, and the ever-present spirits of ancestors, remains the basis of the Asante conception of the universe. See also Asante empire.