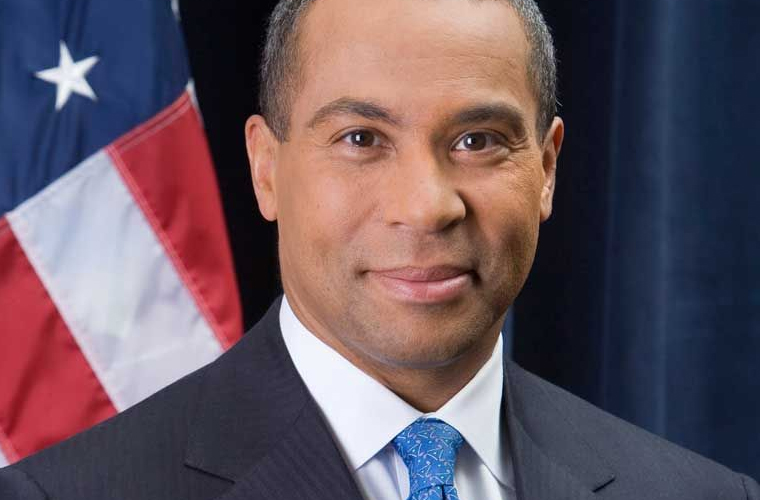 Deval Patrick is governor of Massachusetts and the former U.S. assistant attorney general of civil rights.
Deval Patrick was born in Chicago, Illinois, in 1956. He attended Harvard College and Harvard Law School and was later appointed assistant attorney general of civil rights by President Bill Clinton. In 2006, Patrick was elected on the Democratic ticket to the Massachusetts governorship, becoming the first African American to hold the position. He was re-elected in 2010 but did not seek a third term, returning to the private sector in 2014.

After receiving a Rockefeller Scholarship, Patrick traveled to Africa before returning to the states to attend Harvard Law School, graduating with honors in 1982. Two years later he married Diane Bemus, with whom he has two daughters, Sarah and Katherine.

Deval Patrick earned a federal judicial clerkship in California and then worked for the NAACP’s Legal Defense and Education Fund beginning in 1983. He later took on a position as partner at the Boston firm Hill & Barlow. In the spring of 1994, Patrick was nominated by President Bill Clinton to become assistant attorney general of the civil rights department, thereafter receiving confirmation from the Senate. Charged with enforcing federal laws against discrimination, he oversaw a massive investigation into a rash of church burnings throughout the South. Though leaving his post in 1997 and re-entering the private sector, doing general counsel work for Texaco and Coca-Cola. Patrick returned to the political landscape with a 2005 announcement of his bid for Massachusetts’s governorship on the Democratic ticket. He won by a landslide, breaking a Republican streak of power that had lasted for four terms and becoming Massachusetts’s first African American governor and only the second in the United States. Patrick’s first term had some difficulties, with his administration facing criticism over staffing and inappropriate personal spending, but it was also marked by significant improvements in public education, increased spending in the biotech industry and the passing of landmark environmental legislation that made Massachusetts a national leader in energy efficiency. Patrick also oversaw the health-care reforms initiated by his gubernatorial predecessor, Mitt Romney, and supported Barack Obama in his bid for the U.S. presidency.

In 2010 Patrick was re-elected governor, pledging to continue his efforts to increase opportunities and prosperity in Massachusetts. The following year he released the memoir A Reason to Believe: Lessons from an Improbable Life, and in 2012 put forth the short e-book Faith in the Dream: A Call to the Nation to Reclaim American Values. In April 2013 Patrick was thrust into the national spotlight following the Boston Marathon bombing and was praised for his reassuring and resolute tone during the crisis. However, Deval decided he would not seek a third term as governor, choosing instead to return to the private sector.

Since leaving office, it has been speculated that Deval would run for Senate or the presidency and was also named as a potential Supreme Court nominee. However, he has so far stayed away from politics, assisting with Boston’s bid to host the 2024 Olympics and joining the investment firm Bain Capital, which was founded in 1984 by Mitt Romney.