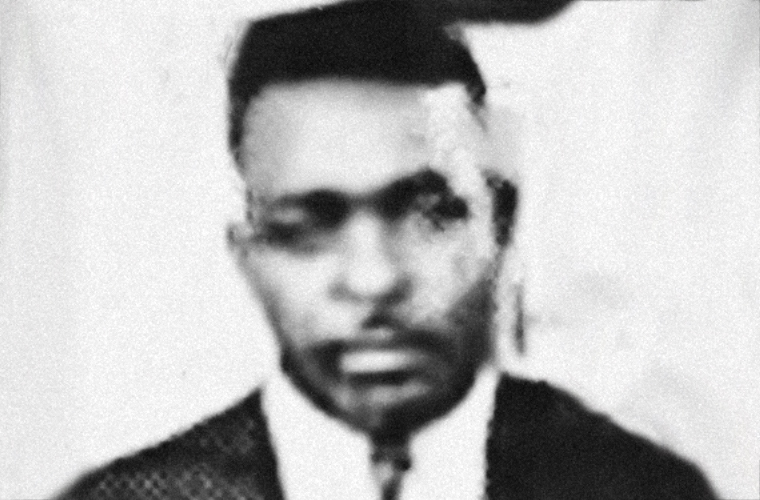 Elbert Williams is the first known member of the National Association of the Advancement of Colored People (NAACP) to be murdered for his civil rights activities.  Williams was born on October 15, 1908, in rural Haywood County, Tennessee, the son of farmer Albert Williams and wife Mary Green Williams. In 1929 Williams married Annie Mitchell. After trying farming, the couple moved in the early 1930s to Brownsville where they worked for the Sunshine laundry until Williams’ murder in 1940.

Early in the morning of June 16, 1940, would-be registrant Elisha Davis was abducted from home by a white mob led by Brownsville policemen Tip Hunter and Charles Read, taken to the nearby Hatchie River Swamp, surrounded, and threatened with death unless he named members of the Brownsville NAACP. After naming some, Davis was forced to immediately leave the county, under threat of death should he ever return. Upon hearing of the Davis incident many African American families fled Haywood County as well. The Williamses did not.

Late night on June 20, 1940, uniformed policemen Hunter and Read, and a third man, Ed Lee, manager of the local Coca-Cola bottling company, took Williams from his home, jailed him, and questioned him about an NAACP meeting he was suspected of planning. Hunter claimed that he released Williams, who never returned home, and was never again seen alive.

Three days later, Williams’ corpse was found in the nearby Hatchie River.  Annie Williams identified her husband’s body and saw

two bullet-like holes in his chest. Haywood County Coroner Bill Cox ordered no medical examination and held his inquest on the riverbank that same morning.  The Coroner’s jury determined the cause of Williams’s death unknown. The Coroner ordered an immediate burial and Williams was buried the same day in an unmarked grave.  A local grand jury found that Williams’s death was caused by “foul violence at the hands of parties unknown.”

Martin Luther King Jr.’s ‘I Have a Dream’ speech